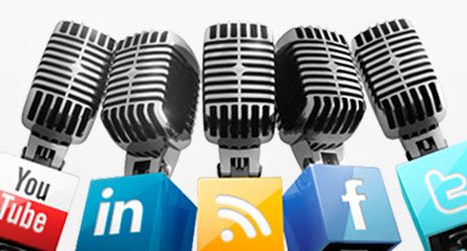 Political campaigns are out of touch with reality. They design campaign strategies in echo chambers that fail to connect with ordinary individuals in a meaningful way. Their activities fuel growing anti-establishment sentiment and contempt for elitist politicians who “tell” voters what topics and issues are important, but fail to truly understand the concerns of everyday citizens. It’s time for a new approach that emphasizes politicians’ willingness to “listen,” which aligns candidates and constituents.

The political landscape has changed dramatically over the past decade. Communications technology has broken the traditional political system, eroding the influence of political parties, and questioning the value of political elites. Social media, in particular, has increased transparency and accountability. It also enables individuals to question authority and speak out against important social issues like corruption and impunity.

Today’s politics are marred by widespread uncertainty. Campaigns are ill-prepared to handle the daily flood of information, which presents significant challenges for candidates and their campaigns. Adding to this uncertainty, is the failure of political campaigns to identify, understand, and integrate peoples’ concerns into their engagements (Lying Ted) or campaign strategies. Instead, campaigns purchase pricy consumer information to compile voter databases that fail to create effective campaign strategies or change voters’ attitudes or behavior. Campaign teams focus on the number of times they interact with voters through mailers, sound bites, and TV ads based upon advice from political “experts,” who tout their experience working on previous winning campaigns.

Political campaigns do not harness the power of social media, are unable to develop a comprehensive understanding of complex constituent identities, or integrate real-time public opinion inputs into their campaign strategies. As a result, their communications plans and micro-targeting efforts often fail to align correctly with individuals and key demographic groups, resulting in alienation and frustration.  Moreover, they fail to control social media discussions. The vast majority of campaigns remain victims to online platforms – merely reacting as individuals, groups, and competitors hijack campaign messaging, distort narratives, and attack candidates’ reputations.

As a result of political campaigns’ inability to connect candidates with constituents and widespread disillusion with politics in general, election results have become nearly impossible to predict with any degree of certainty. Brexit, and the U.S. and Guatemalan Presidential Elections are specific examples – in each case, despite assumptions that voters would choose the status quo, citizens used their votes to demonstrate their desire for change.

The rise of anti-establishment candidates across the globe shows the same type of public pushback against incumbent politicians, in favor of political outsiders. Such sentiment is particularly strong in Latin America. Negative public opinion and protest regarding distrust with incumbent politicians, corruption and impunity, and insecurity are common themes and events found in Mexico, Guatemala, and Colombia society. Candidates like Beatriz Sánchez in Chile and Salvador Nasralla in Honduras, will likely result in more ballots cast for anti-establishment candidates in upcoming elections in Mexico, Colombia, and Brazil.

Candidates looking to find electoral success must find a way to understand and address public sentiment. Real-time social media analysis enables campaigns to design and execute effective campaign strategies based on this understanding. Interactive crowd-sourcing platforms, like iPeople, enable campaigns to listen, measure, and interpret public sentiment to inform communications strategies, based on the needs of the people. But most importantly, interactive platforms like iPeople allow campaigns to go beyond one-way messaging and virtually connect with citizens. They create two-way dialogues, which not only improves electoral success, but addresses underlying grievances to improve public faith and good governance.