Democracy 2.0: Social Media, Mass Political Participation, and the End of Democracy As We Know It 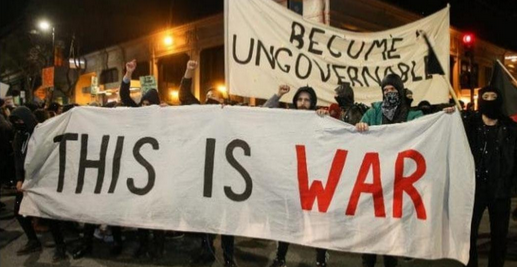 Democracy is under attack! Not by communist or socialist ideologies, but by ordinary citizens using social media. Countless online platforms amplify individual voices, enabling greater political participation for everyone, while eroding the foundations of democracy as we know it. Ballots are being replaced by bullhorns. Tweets, hashtags, and Facebook “likes” spread information through the Internet instantaneously. Mass political participation, fueled by the rise of social media, heightens levels of awareness and shapes public opinions, which has a profound impact on democratic beliefs and institutions.

Rampant social media use is decentralizing politics, creating instability, and increasing unpredictability in regimes across the globe. In a traditional democratic system, authority is centralized and elected officials are charged with representing their constituents. In effect, ordinary citizens are removed from the political process, except during elections. The decentralized nature of social media is beginning to change the entire democratic process. Ballots, representatives, and traditional politics are being replaced by trending hashtags, tweets and Facebook “likes.” Personal sentiments when expressed online, rapidly evolves into heated debates, protests, and even conflicts, which the current democratic systems can’t handle.

In this new online democracy, social media provides a constant flow of information. Unlike traditional news sources, online information and commentary is controlled by anyone. News media, political parties, and democratic institutions lack the ability to capture and relay public sentiment and population grievances in real-time, the way social media does – rendering traditional representative democracy inconvenient and passé.

Social media is replacing town hall meetings. It is the new global public square with over three billion social media users in the world. Nearly 40% of the global population has instant access to information and the ability to instantly influence the democratic process. Citizens now have the ability to disrupt formal political discourse that emanates from government officials. They do so by expressing their grievances, sharing beliefs, and participating in debates from any location.

In developing nations like India, an increasing youth population and the even greater growth in smartphone penetration has allowed Indians to express their views through shared online spaces regardless of their caste, linguistic, or religious backgrounds. Contingents of youth are leading the decentralization charge. The so-called millennial generation, nicknamed “generation ‘me,’” due to their “self-centric” online behavior, from selfie-taking to Facebook-tagging, is quickly becoming “Generation ‘We,’” by standing together to demand greater equality, transparency, and public goods and services.

Events around the world illustrate how the disruptive power of social media can alter the course of democracy. The 2011 Arab Spring revolutions in Tunisia and Egypt demonstrate the dual threat of an educated but unemployed youth. Empowered with their Twitter and Instagram savviness they were able to overthrow entrenched governments. Farmer protests in Mandsaur, anti-corruption marches in Dominican Republic, and the public outburst after Kenya’s most recent elections, also prove that online movements have the power to alter democratic institutions.

In the Kenya case, activists used social media to organize protests, and convinced the nation’s Supreme Court to nullify the government of newly re-elected Uhuru Kenyatta, with just a few thousands tweets. Kenyatta isn’t the only political leader who’s been sent packing. Ousted elites worldwide have faced similar fates, oftentimes from small, yet determined groups within a population, due to their failure to realize and harness the power of social media

More people are demanding changes to the traditional ways in which they wish to be represented within their government. Citizens are no longer satisfied by an opaque democracy that discounts their sentiments, beliefs, and shared values. They don’t want elected officials to tell them what is right or wrong. Moreover, people want to cast their votes continuously and not just once every two, four, or six years. Citizens don’t write letters to government officials but instead tweet them and create new discussions with hashtags on Twitter. They don’t attend public town hall meetings but instead join online chat groups. During the recent protests in St. Louis, Missouri, the Mayor canceled an in-person town hall meeting due to the inability to direct an effective communication strategy to a constituent base who relied mostly on social media for communication.

Social media has a profound impact on democracy and represents the future of our collective society. It represents progress and the way to increase transparency, accountability, and representation. Yet at the same time, the amplification of distinct voices has created intense polarization and increased resentment between people and elected officials. Online discourse creates pressure for political leaders to engage mass political action and address growing social tensions. Political leaders today ultimately have a choice—either find a way to harness the power of social media and win in a world of Democracy 2.0 or get ousted from their positions and re-consider their career in politics.