ENODO Global is the premier Social Risk Advisory firm. Our population-centric methodology and customized operating platforms provide clients with real-time awareness and predictive analysis, enabling them to understand and mitigate social risk by developing data-driven communication and engagement strategies that leverage the power of “identity” for maximum impact. Initially designed for use in combat operations in Afghanistan, our approach has been proven effective across diverse industries and geographies. 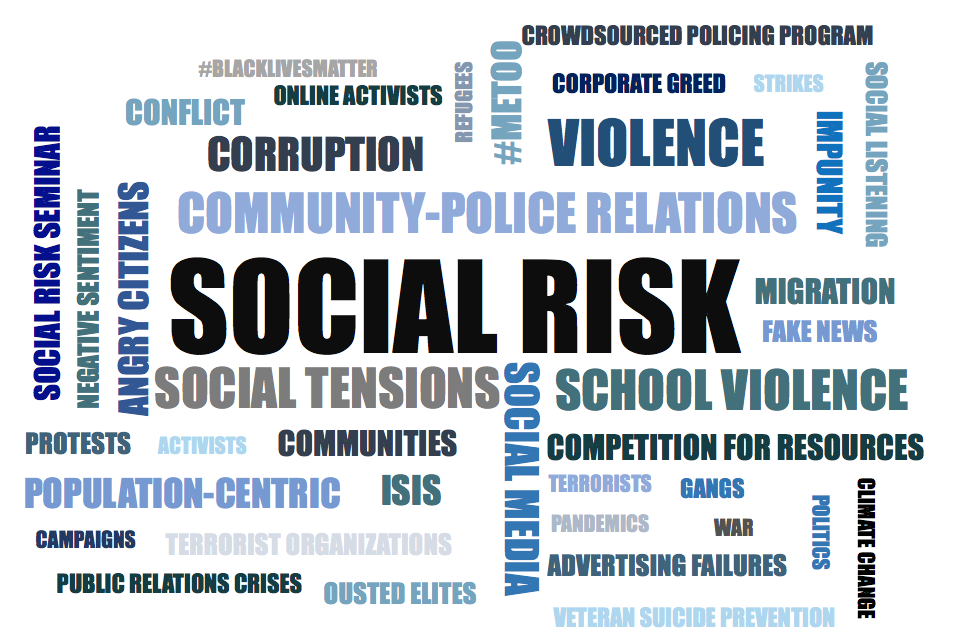 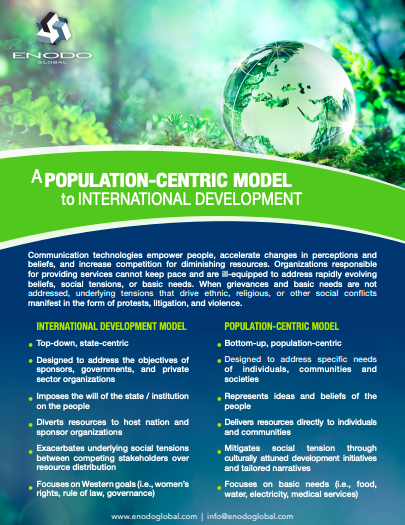 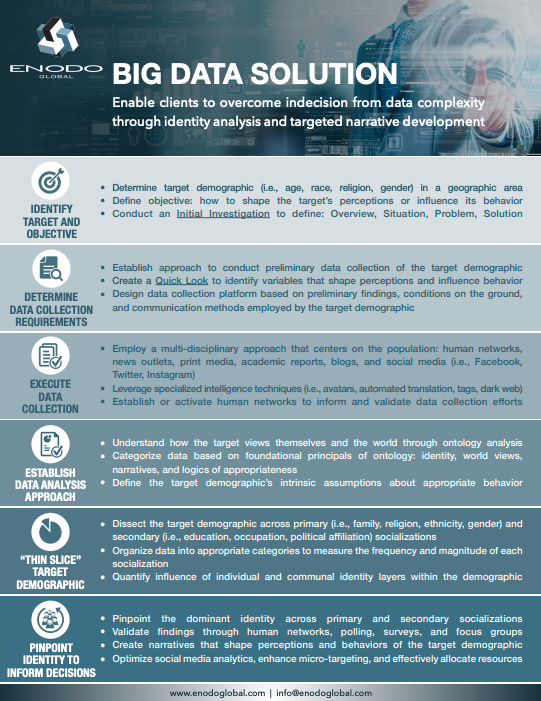 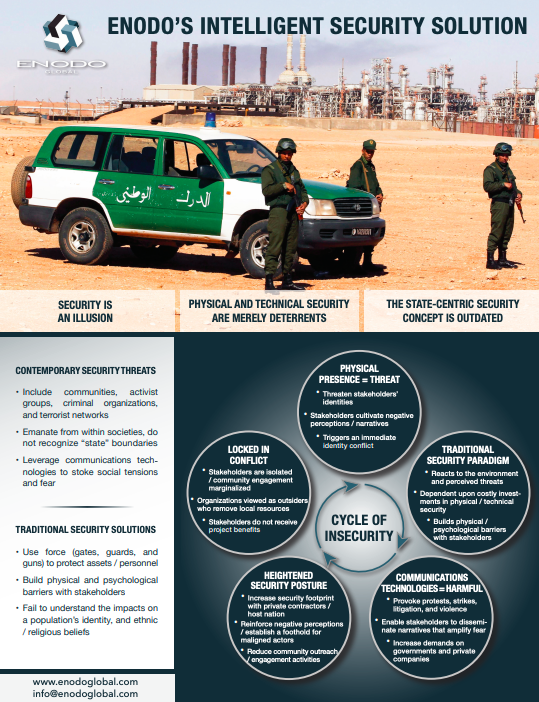 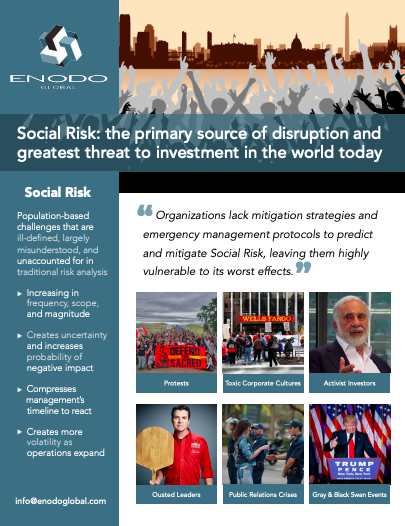 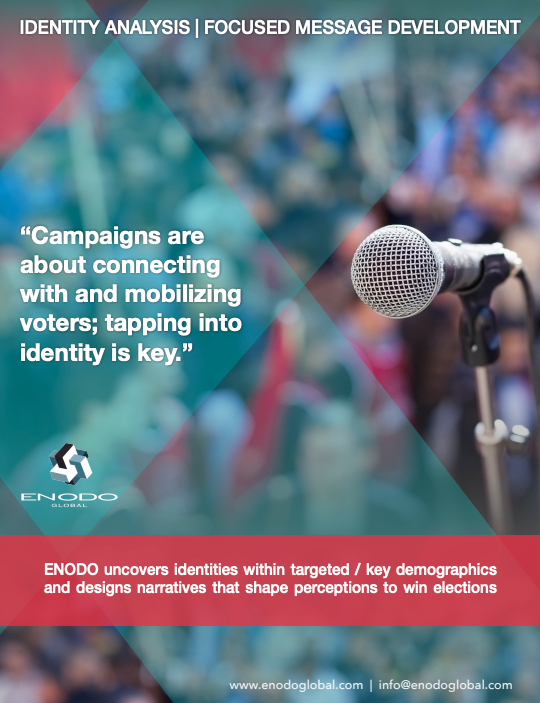 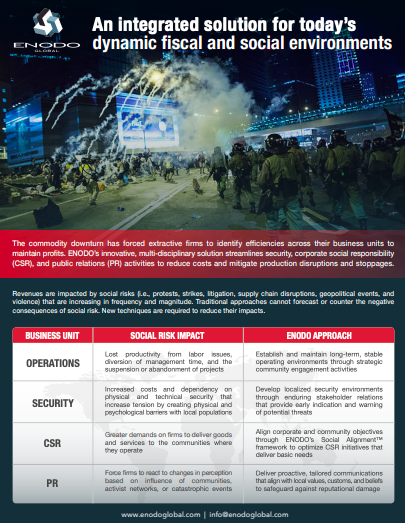 Get to Know Us 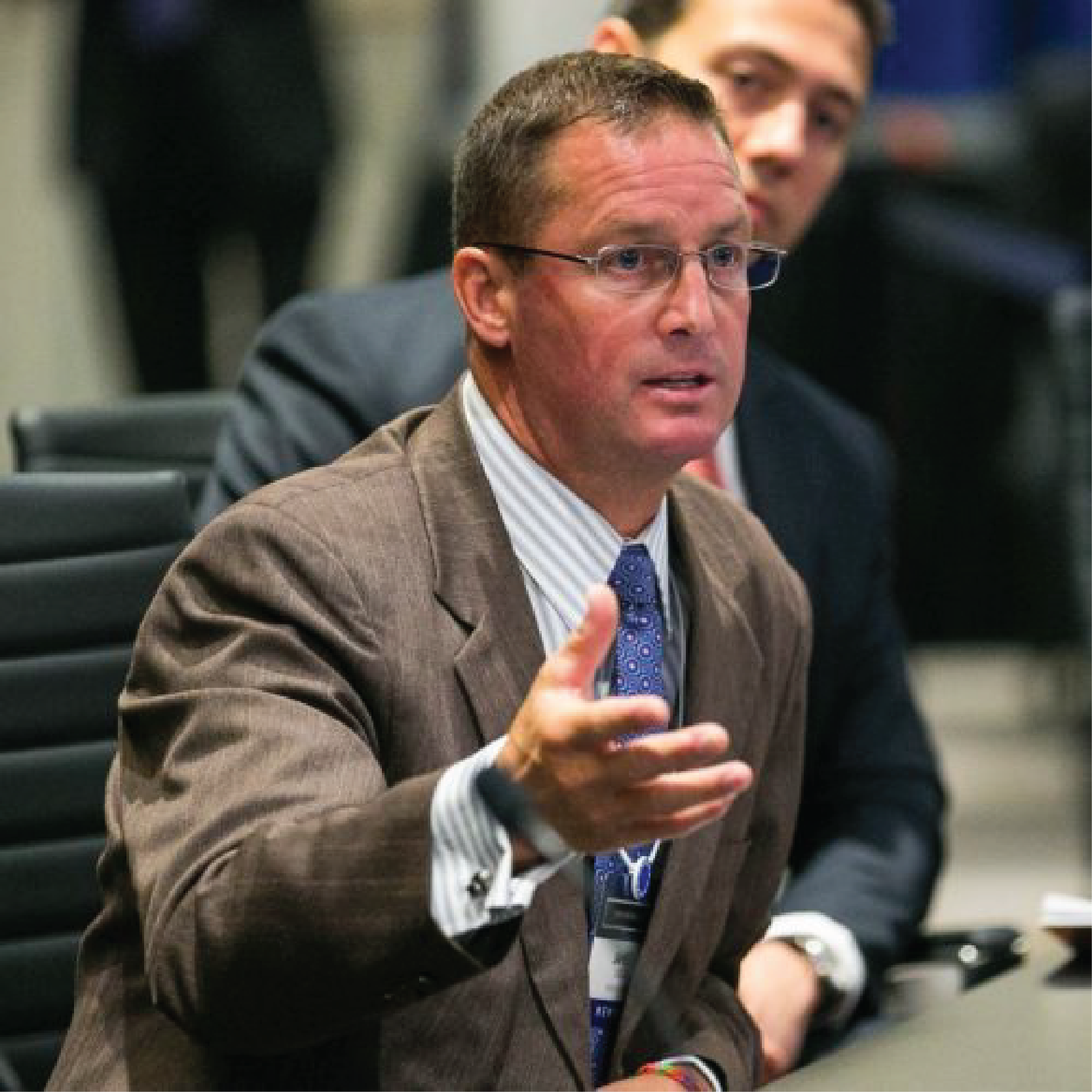 James R. Sisco is the Founder and CEO of ENODO Global. Jim draws upon an extensive military career in US Marine Corps special operations and Naval Intelligence to lead ENODO. He brings to ENODO a unique understanding of risk analysis and a wealth of knowledge and experience in leadership, management, intelligence analysis, strategy development, and counterinsurgency warfare, developed through military operations across the globe where he immersed himself in diverse cultures.

Career highlights include serving as Military Liaison to the Afghan President, supporting the US Director of Intelligence as an authority on Afghanistan, and establishing the US Navy’s Irregular Warfare Office. Jim earned a BA in Political Science and Economics from Indiana University of Pennsylvania and an MS in Strategic Intelligence from the National Intelligence University. Jim has been published in numerous professional journals and co-authored Left of Bang: The Value of Sociocultural Analysis in Today’s Environment.

Bob earned a BS in Engineering from West Point and was designated for the USMA Medical School program at Emory. Bob obtained an MBA from Embry-Riddle Aeronautical University and an MS in Operations Research/ Systems Analysis from the Air Force Institute of Technology. In 2001 Bob obtained an MA from Keller Graduate School of Management. 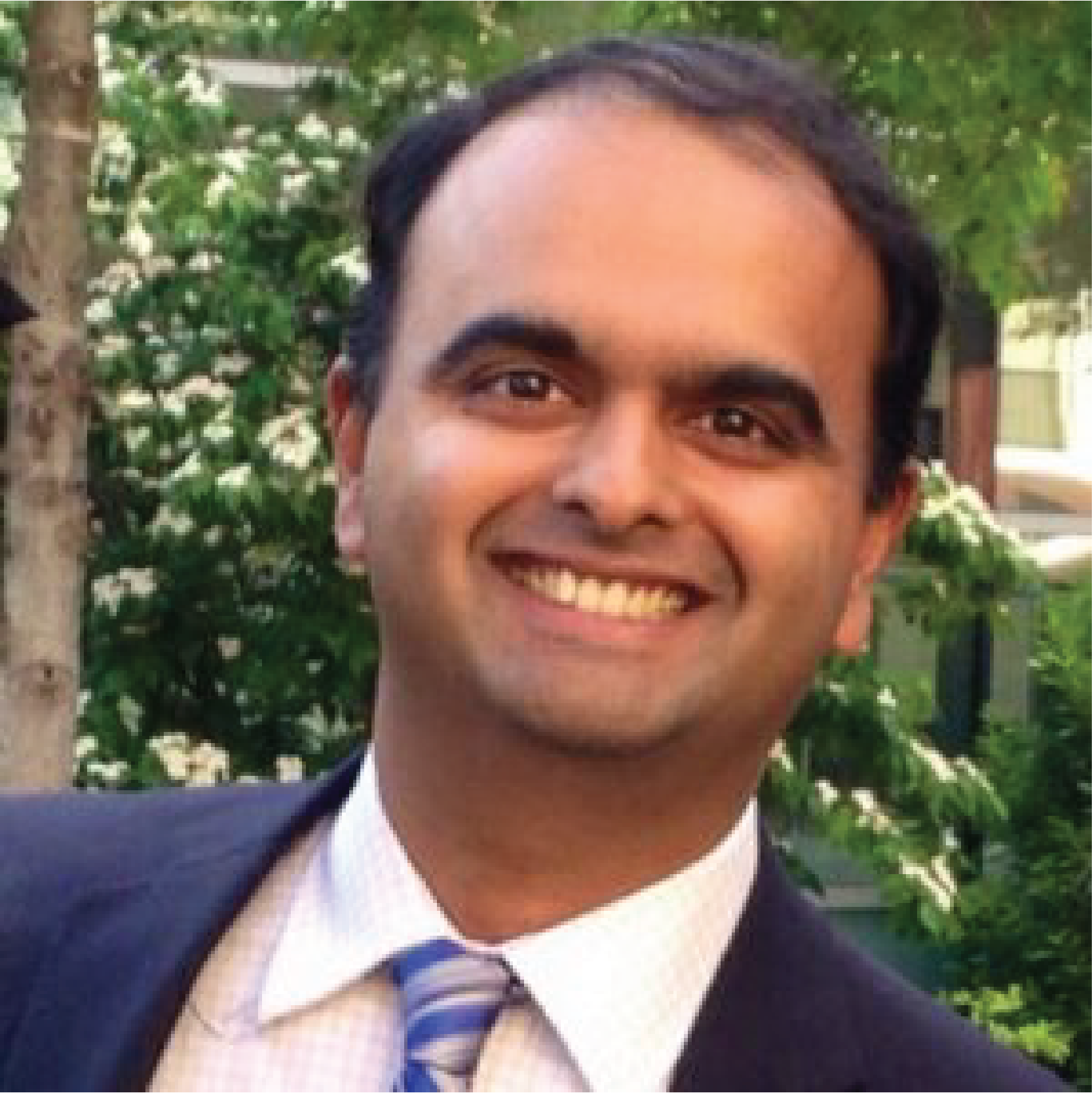 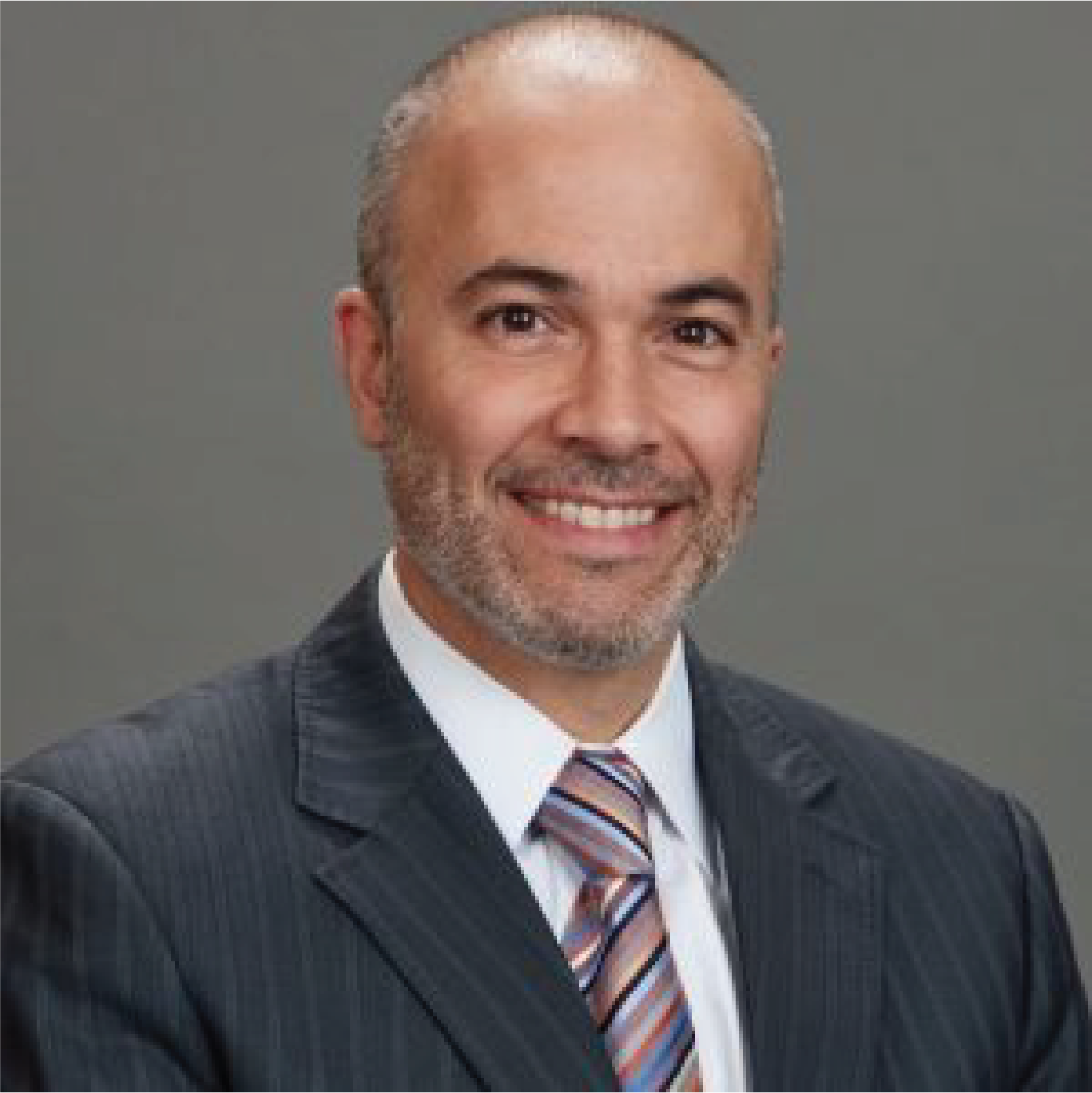 Felipe Elias is a corporate strategist who served as Director of Latin American Affairs for several multinational corporations across various industries. He brings almost 30 years of experience in corporate relations and strategy as well as specific focus in finance and risk analysis for private and public sector clients.

Felipe comes from a diplomatic background and has lived and traveled in many countries around the world. He has immersed himself in the culture and traditions of these countries, studied behavioral aspects of their populations, and learned how to establish relationships and create human connections to effectively participate in community life throughout these regions.

Felipe holds a BS in Electronics Engineering and Information Technology, an MA in Cryptography and Network Security and an MBA in Finance.  He currently resides in Canada and is licensed by the Ontario Securities Commission and the Financial Services Commission of Ontario.

Drew O’Sullivan joins ENODO Global as a project lead and analyst. Drew is proficient in research & development and project management, drawing on his previous experience as a paralegal in two private law firms, where he developed extensive skills in case supervision, client negotiation, and investigation of legal precedent. Drew earned a B.A. from the University of Miami in Political Science with a focus on socio-political relations in the Middle East.

Drew received recognition from several national organizations for academic achievement during his undergraduate career. He also held multiple leadership positions in various student organizations, earning both individual honors and aggregative awards. Drew has a passion for volunteerism and has worked with charitable organizations in a range of capacities, including the organization of a multi-thousand-dollar fundraiser for the differently-abled and providing aid to underprivileged communities in Miami and Virginia.

Ilan Hulkower is a research assistant at ENODO Global. Ilan’s previous experience includes the Academic Desk of the Abba Eban Institute for International Diplomacy where he researched, edited, and wrote articles for their academic magazine. He earned a BA from Northeastern Illinois University in Political Science with a focus in international relations and comparative politics and an Associate in Liberal Arts from Oakton Community College. He is currently completing his MA in Diplomacy and Conflict Studies from the Interdisciplinary Center Herzliya in Israel. Ilan has received a number of academic awards on research, presentation, and student leadership during his graduate and undergraduate study.

The ENODO Advisory Board 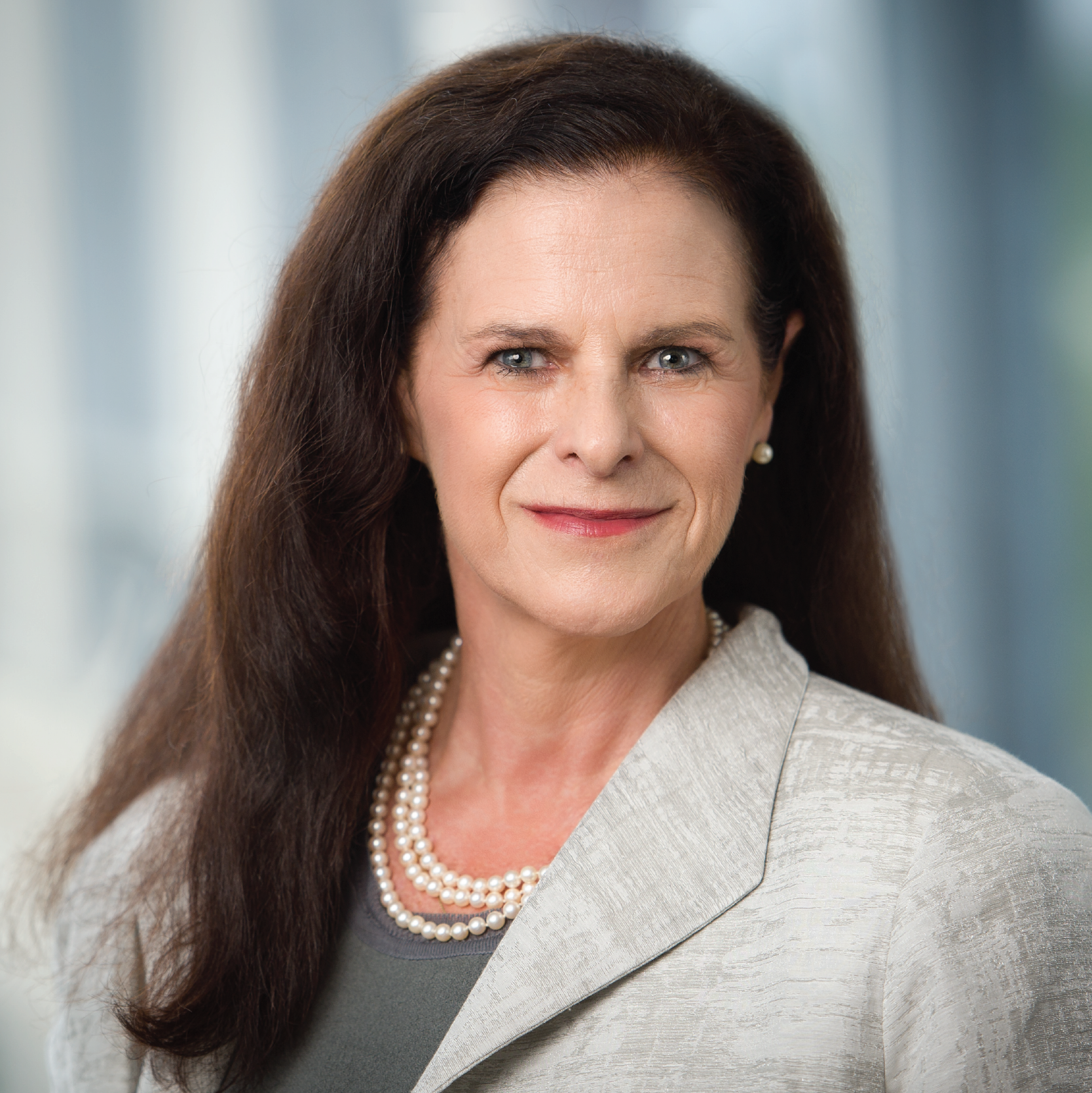 Mary Andrade currently serves as the Global CFO at iBuild Global Inc. Previously, Mary held positions at Ashoka Foundation, NextEra Energy and G4S where she implemented risk compliance as a member of the Divisional Risk Committee and Board Member in 11 countries.

Mary has extensive experience in risk analysis/mitigation as well as in corporate, tax, and labor laws, and accounting. Mary worked with the Big Four in international markets, specializing in oil and mining in South America. She also managed complex financial reviews in Asia, Eastern Europe, and Africa. She also has experience running and implementing multi-lateral loans with the IADB and in Global M&A.

Mary earned a BA in Inter-American Studies, Political Science and Economics from University of the Pacific–Elbert Covell College and a Global MA from the Fletcher School of Law and Diplomacy. She has won awards from Harvard, MIT, KPMG, Thunderbird University, US Government, Wharton, and is a frequent presenter to industry groups. 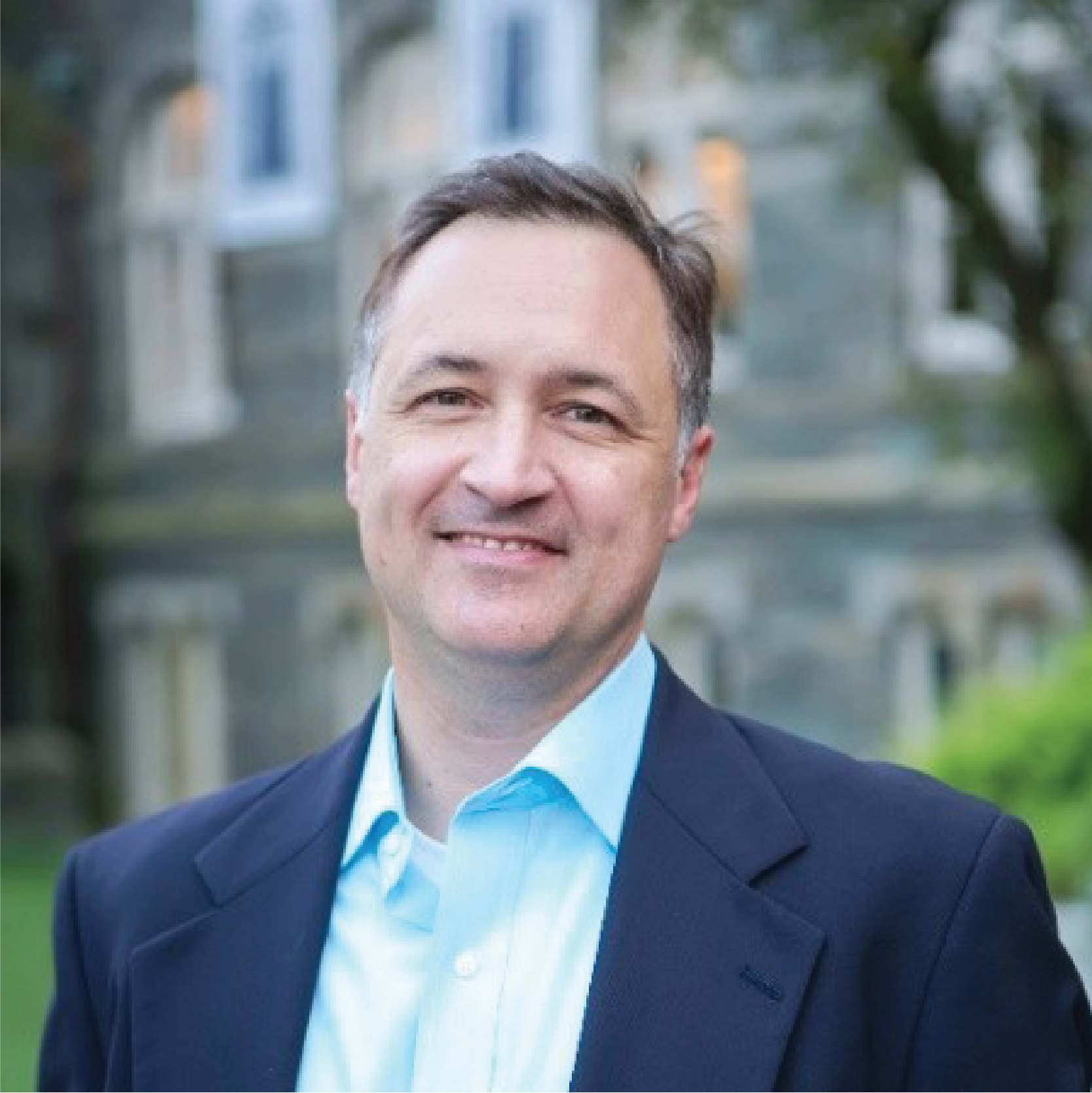 James D. Filpi is a Senior Counsel with the Commercial Law Development Program (CLDP) in the Office of the General Counsel of the US Department of Commerce, where he assists commercial leaders all over the world in developing legal infrastructure. Mr. Filpi has worked in the Middle East, North Africa, Central Asia, as well as Central and South America.

Prior to joining CLDP, Mr. Filpi practiced law with the International Competition Group of the DC office of the law firm Goodwin Procter, LLP, where he advised clients regarding commercial transactions and federal administrative procedures. Mr. Filpi received his J.D. from Georgetown University Law Center and a BA in Psychology from the University of Virginia. 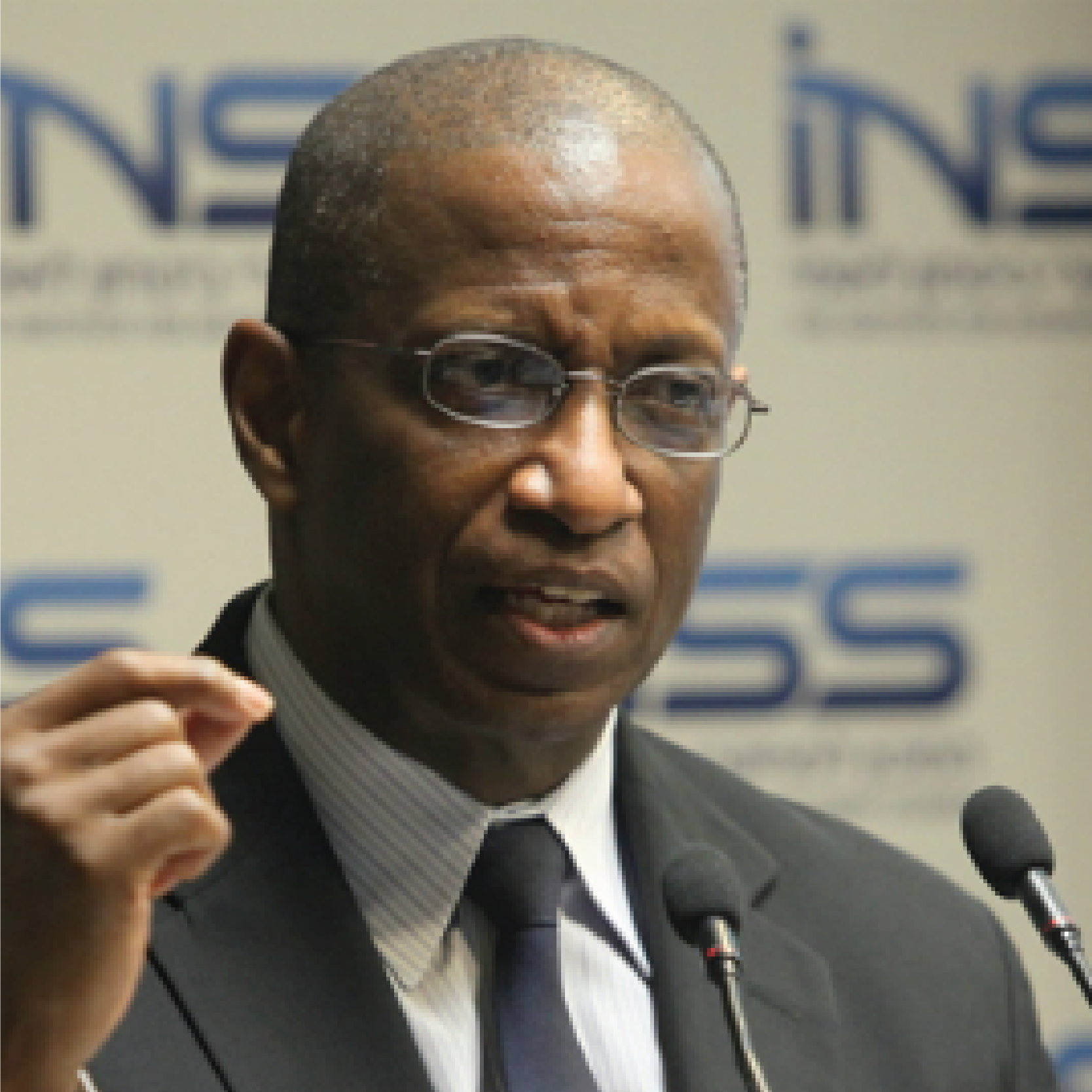 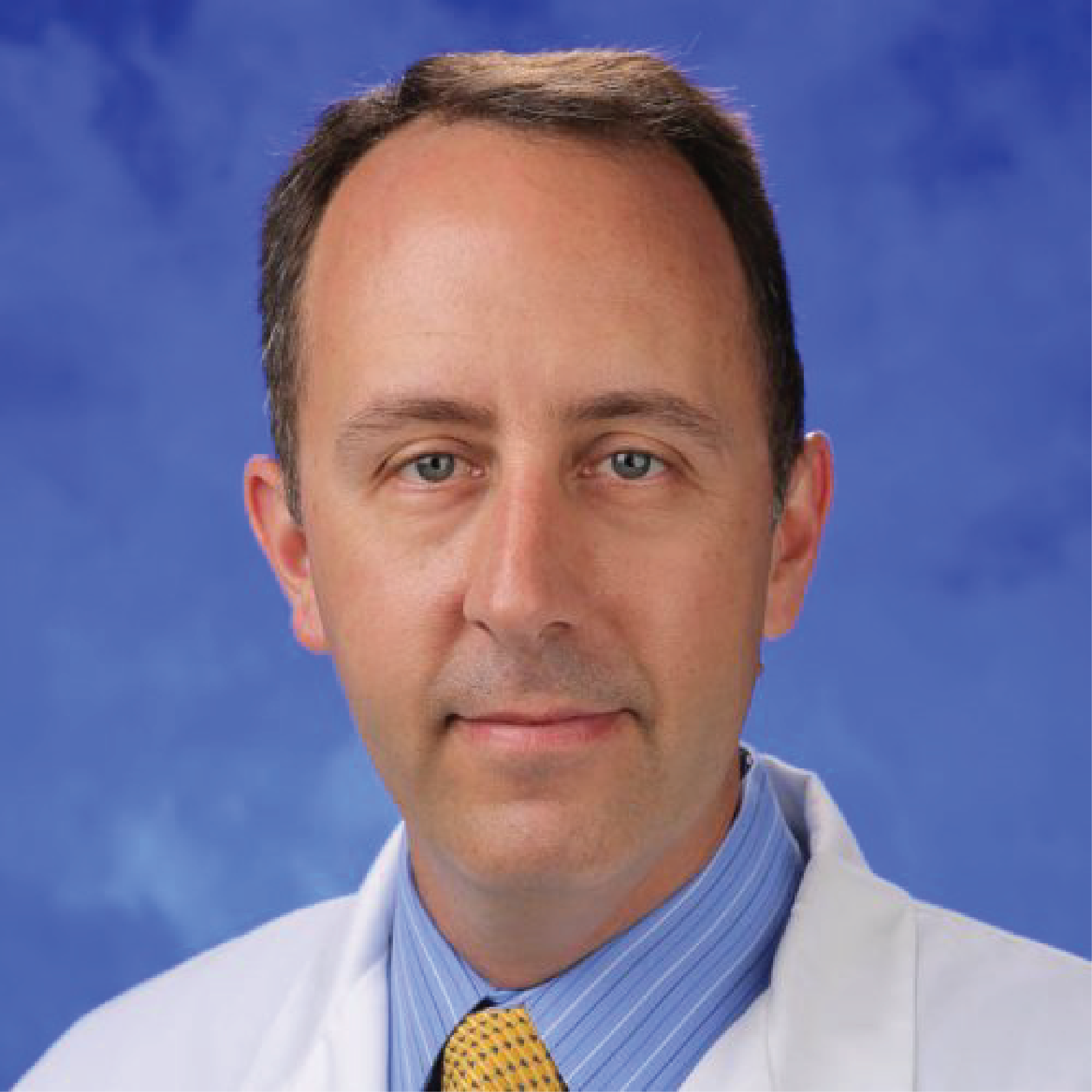 J.T. Swick II MD is an Assistant Professor of Anesthesiology and Perioperative Medicine at Penn State University. J.T. earned his BS in Mechanical Engineering from the West Virginia Institute of Technology. He then served as a warfare analyst with the Department of Navy. Some of his projects included United Nations sanctions verification, targeting analysis and complex network analysis in support of multiple peacetime and combat operations.

J.T. later earned his MD from Virginia Commonwealth University and was certified by the American Board of Anesthesiology. He served 13 years of combined service in the US Air Force and Air National Guard. His military experience includes missions in Central America, deployments to the Middle East as a Critical Care Air Transport Team physician in support of contingency operations, and assignments with Air Force Special Operations Command (AFSOC).

J.T. is currently a flight surgeon in the Air National Guard and a student at the US Air Force–Air University. 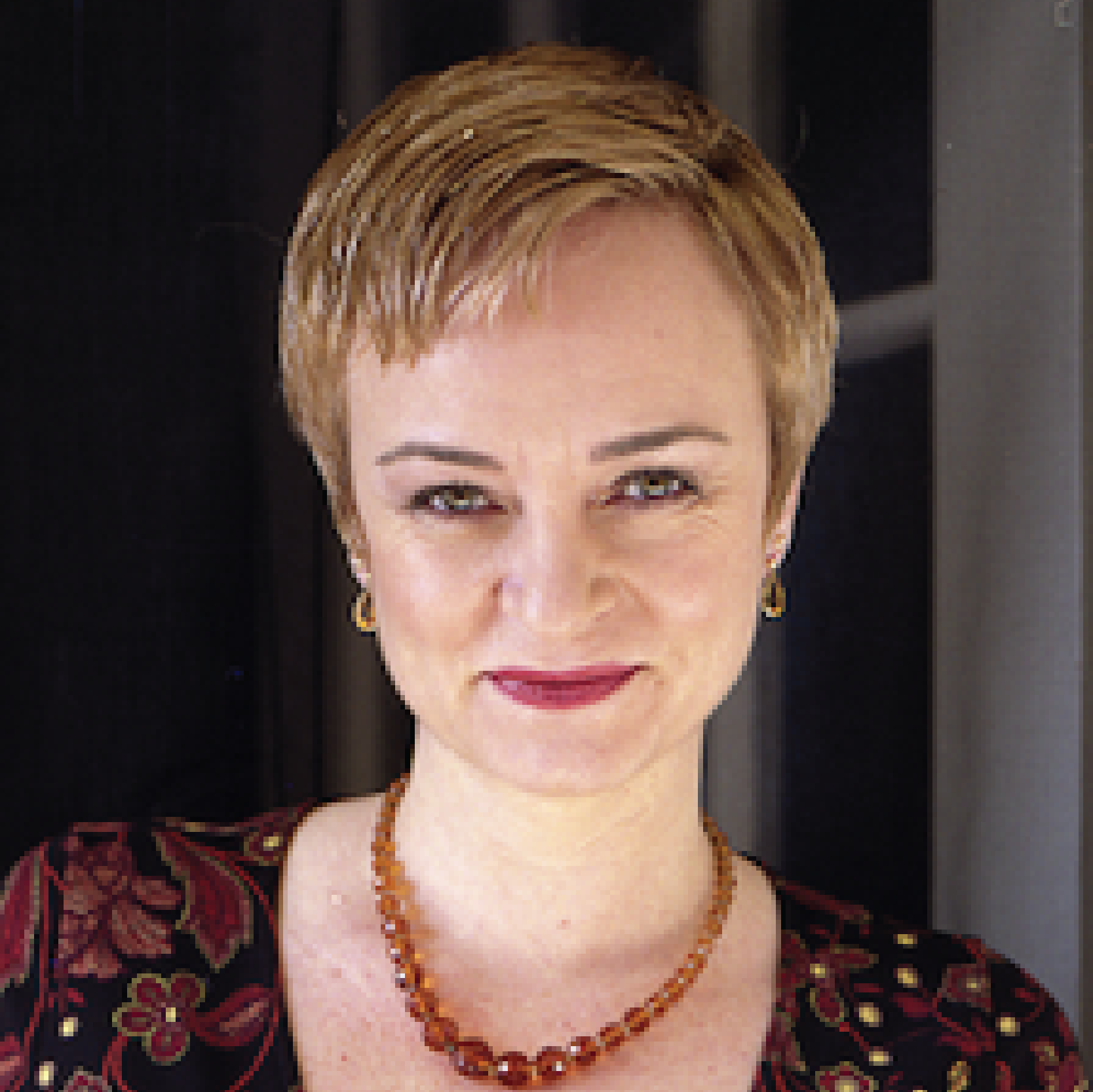 Dr. Montgomery ‘Mitzy’ McFate is a professor at the US Naval War College in Newport, Rhode Island. Formerly, she was the Senior Social Scientist for the US Army’s Human Terrain System, which she helped develop from a ‘good idea’ to a $150 million dollar-a-year Army program.  She has held positions at a variety of think tanks, including RAND and the Institute for Defense Analyses.  She was an American Association for the Advancement of Science Fellow at the US Navy’s Office of Naval Research, where she was awarded a Distinguished Public Service Award by the Secretary of the Navy. She has served on the Army Science Board and the Defense Science Board, and was an instructor at the Johns Hopkins School of Advanced International Studies.

Dr. McFate received a BA from UC Berkeley, a PhD in Anthropology from Yale, and a JD from Harvard Law School.  She is the editor of Social Science Goes to War (Oxford University Press, 2015) and author of Military Anthropology (Oxford University Press, 2018). She was a key contributor to US Army Field Manual 3-24, Counterinsurgency, and has published in such journals as Journal of Conflict Studies, Military Review and Joint Forces Quarterly. 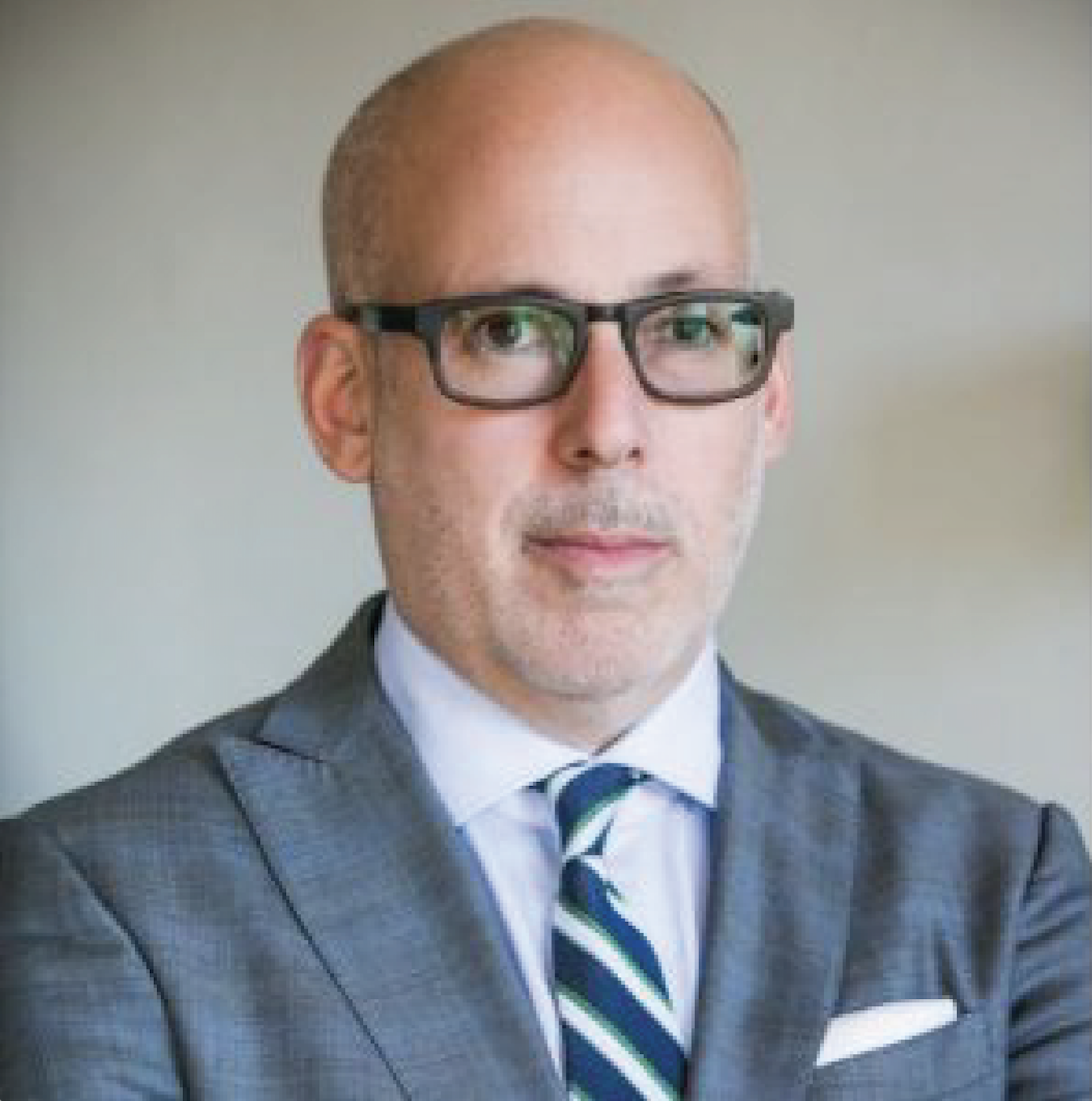 Douglas A. Smith | Board Member

Douglas Smith has spent the last 25 years serving at the highest levels of government in national security and the private sector and is a serial entrepreneur having helped start numerous companies. Doug is currently a Managing Director for Kent Strategies, a strategic consulting firm, where he leads the firm’s engagements with national security work, private equity and international governments.

Smith brings over 25 years of global experience in government relations, business development, communications, coalition building, public policy, and creating and managing public-private partnerships among Federal, State and local governments, and private industry. He has managed large-scale special projects and initiatives both within and outside of government.

Douglas is a graduate of Beloit College where he received a BA in International Relations and Asian Studies. While at Beloit, he also earned a degree from the School for International Training in Chiang Mai, Thailand. 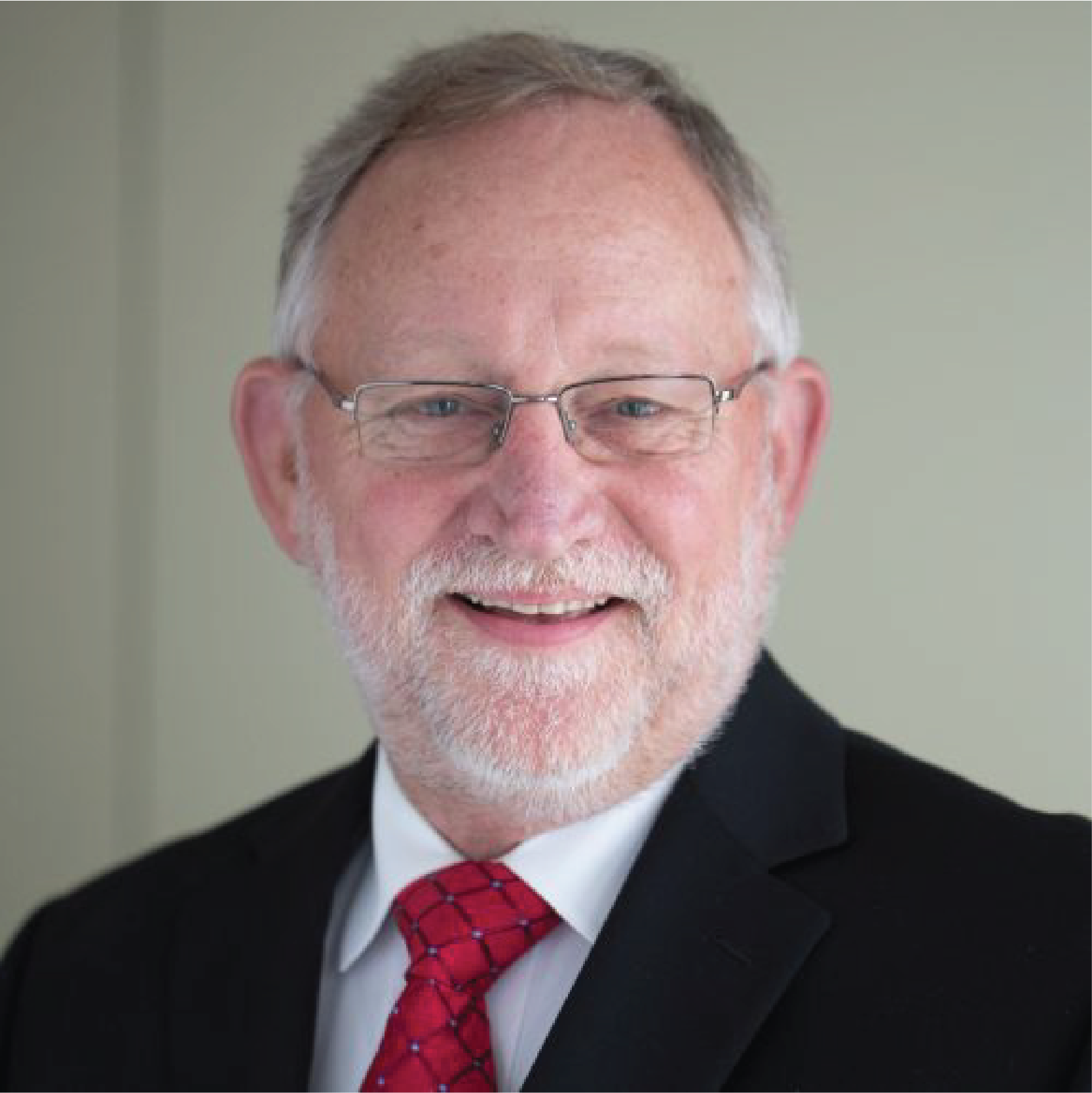 James B. Smith | Board Member

A retired Air Force Brigadier General, he was an F-15 fighter pilot and flew combat missions in Operation Desert Storm and served across the globe. He commanded the 18th Fighter Wing in Japan, the largest combat wing in the US Air Force and was later exercise director for Millennium Challenge, the most complex transformation experiment in US military history.

Mr. Smith holds a BS from the US Air Force Academy and an MA from Indiana University. He is also graduate of the National War College, where he later became Air Force Chair and Professor of National Security Strategy. He holds honorary doctorate degrees from Southern New Hampshire University, where he established the College of Engineering, Technology & Aeronautics, Daniel Webster College and the University of Maryland University College.

Keep up to date on everything happening at ENODO Global.

Connect With Us
Stay Informed