Dogs, Dumpster Fires, and Other Dumb Campaign Ads: Why Politicians Are Spending More Than Ever On Commercials With Terrible Content 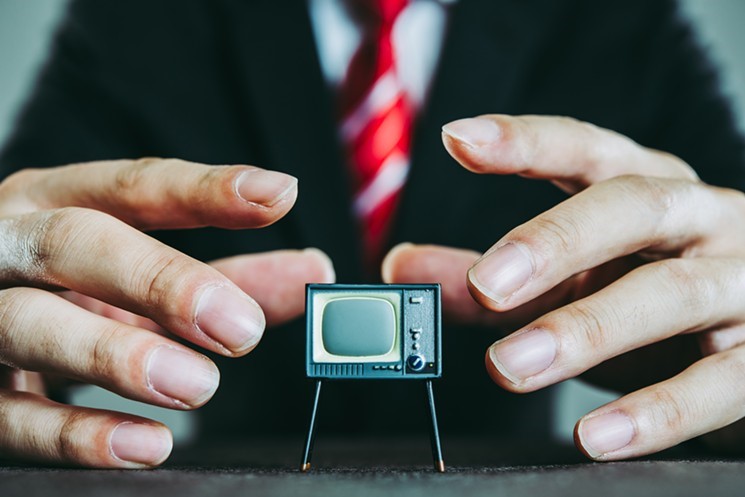 Political campaigns have become increasingly inept and are out of touch with constituents’ worldviews. Nowhere is this more obvious than in the rise of poorly made, cringe-worthy political ads currently plastered across digital platforms and TV channels. Bad ads are a bipartisan issue that plague the midterms, fatigue constituents across the political spectrum, and do very little to win the hearts and minds of voters.

“Campaign ads are notoriously bad. This midterm season, however, politicians and campaign teams have outdone themselves.”

The number of campaign ads aired on TV is up over 90% since 2014 and by mid-July, campaign teams had already spent an estimated $1.6 billion on midterms ads. In the next few weeks, they are expected to spend a few billion more, to reach and surpass 2014’s total ad spend of $3.8 billion, in what is likely to be the most expensive midterm season ever. Despite the jump in spending, however, this year’s ads, which feature celebrities, pets, bad puns, and other nonsense, are unsubstantial, unsophisticated, and poorly placed – and thus unlikely to show much of a return in terms of shaping public perception and influencing voter behavior.

“Campaign teams design political ads the same way they run campaigns – basing them on what worked in the past.”

The decline in political ads is closely related to the failure of the marketing and advertising industries to adapt to changes in the social climate and adopt new technologies and methods to ensure the design and dissemination of content remains effective. Campaign ads fail because they are not scientifically proven – they are instead based on the assumptions, opinions, and ideologies of campaign managers or strategists, who may have experience in the art of campaign messaging, but lack education in the science of it.

Content aside, the fact that campaign teams continue to blow huge chunks of their budgets on TV ads demonstrates their incompetence. For decades, researchers have been warning campaigns that the power of political ads is practically null and the situation is only worsening. The proliferation of DVRs and online streaming services has drastically decreased the number of people they can reach. Only 45% of Americans prefer to watch network TV over on-demand, commercial-free options – and a significantly lower percentage of millennials, a key target for many campaigns, admit to watching network TV at all.

“It’s time for campaign teams to admit that television ads are just like direct mail – they’re both dead.”

Given the widespread evidence condemning the use of television ads, one might believe that campaigns take the time to, at the very least, prove their content. They are, after all, spending hundreds of thousands of dollars each and every time an ad is run. But the vast majority of commercials, full of buzzwords and shock value are devoid of meaningful content that connects with viewers.

Instead of fostering meaningful dialogue, raising awareness of significant issues, or announcing novel policy plans, many ads feature celebrities pledging their allegiance to candidates. In one such ad, former NFL quarterback Brett Favre throws his support behind Republican Senator Cindy Hyde-Smith, telling the camera: “I don’t like to talk politics, but I love Mississippi way too much to stay quiet in this election.” Viewers were quick to criticize Favre’s falsely heartfelt message, however, noting that Favre does seem to like speaking out about politics – or at least enjoys getting paid for it – after recognizing the football star shared a nearly identical message in a 2014 ad backing another Senator.

The fact that politicians and campaign teams think that viewers will miss these things is representative of a broader assumption underpinning much of today’s campaigning: the messenger matters more than the message. But as Hillary Clinton saw in 2016, after her campaign featured a slew of celebrities, including LeBron James, Jay-Z, Beyoncé, and Bruce Springsteen, star power alone is not enough to sway voters. In some cases, it might even turn them away.

“Why do campaigns continue to employ celebrities as campaign messengers, instead of focusing on improving the content of the messages they are sharing?”

Celebrity cameos are only one of many ways in which campaigns are attempting, and failing, to win the hearts and minds of citizens. Other ads demonstrate the ineptitude of campaigns in designing and disseminating their messages, and the extremes teams will go too in their unsuccessful attempts to connect with voters. Democratic Representative David Baria of Mississippi’s 122nd district, for example, recently introduced his dog, “Joe Bite’n,” in a recent newsletter riddled with terribly humorless canine-related puns, in a sad attempt to raise additional funds for the campaign.

Meanwhile, Democratic challenger Richard Painter of Minnesota recently released an ad in which he lectured viewers on the importance of ethics while standing in front of – wait for it – a literal dumpster fire. Levi Tillemann of Colorado pursued a similar strategy in an ad he ran in the weeks leading up to the democratic primary, discussing modes of self-defense in active shooter situations before spraying himself in the face with pepper spray, assumedly for added effect.

These last two examples may seem absurd, but, unfortunately, there are many more like them. Turn to any channel and within ten minutes you will see one too – or perhaps a similarly over-the-top smear campaign, featuring dramatic music and bold claims against a candidate’s rival. These ads seem designed to deceive and distract viewers from the candidate’s message, which, more often than not, is lacking. Perhaps bad political ads, then, may actually stem from campaign teams’ inability to produce meaningful content that resonates with voters.

Analysis has shown, when campaigns create meaningful content, it is often misaligned with the interests and concerns of voters. In another example, Californian citizens expressed concerns primarily in the areas of net neutrality, criminal justice and emergency preparedness, however, the state’s gubernatorial candidates failed to address any of these issues, both in ads and in in-person engagements.

Even when campaigns get the issue right, they typically fail to understand the nuances of the issue enough to connect with citizens. Nearly half of Democrats’ 2018 campaign ads, for example, center on health care – but very few, if any, provide the granularity necessary to appeal to voters’ interests and assuage voters’ concerns on the issue. To be successful, campaigns must understand why health care is a key concern among voters of a particular geographic region or demographic group, and then deliver the right message. For example, campaigns should know if it is the opioid epidemic, the state of Medicaid, high insurance premiums or something else that voters care most about.

This failure on the part of campaign teams to uncover and address citizen concerns does not bode well for our democratic system, nor for the likelihood of their candidates’ electoral success. What’s worse, however, is that it does not have to be this way. With social media and online data abound, all the information campaigns need to understand and connect with constituents is literally at their fingertips – they just need to listen!

“Putting citizens at the center of campaign strategies not only improves campaign content, it enables them to more effectively shape public perception and influence voting behavior.”

Campaign teams require advanced data analytics technologies – not just to harvest information, but to make sense of it. An approach that blends best-in-class technologies with a population-centric methodology enables campaigns to uncover citizens’ key concerns and align campaign messaging. This approach goes beyond building support among traditional voting blocks. By focusing campaign content around citizens’ shared concerns, rather than the many differences between them, it has the potential to connect a wide range of constituents with their future elected leaders. A population-centric approach is not only beneficial for the candidates and campaigns that pursue it for electoral gain, but for citizens and for the very nature of our democracy, as well.