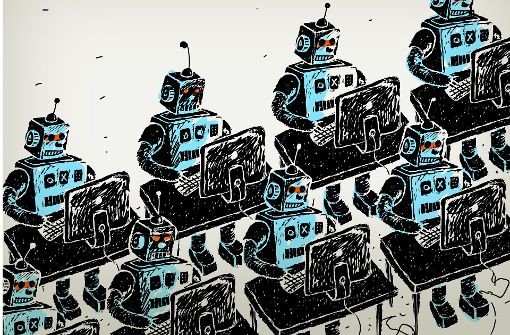 “It takes 20 years to build a reputation and five minutes to ruin it.” – Warren Buffet

When companies encounter events that threaten their reputations, they turn to public relations (PR) firms, risk consultants, and marketing experts to manage the crisis. Many firms offer the latest tech-based “solutions” that involve buying ads, “bot farms,” and online “troll factories,” which disseminate automated messages across social media on a massive scale. Such efforts, designed to artificially boost positive sentiment, may contain the crisis – at least in the short term. Unfortunately, however, bots, trolls, and online ads often wind up doing more damage to a company’s reputation and bottom-line in the long term, because they betray consumer trust and increase the impact of Social Risk.”

Sterlite Copper’s recent experience in Thoothukudi, India provides a clear example of the ways, which tech-driven techniques to manage crisis can backfire – creating even larger challenges for organizations. This past May, Sterlite Copper faced a PR nightmare: public outcry after a report was published citing contamination and pollution at the Sterlite plant, which employees over 50,000 people and is responsible for approximately 40% of India’s copper production. The crisis worsened when police open fired on protesters outside the plant, killing nine and injuring hundreds. The event was regarded as one of the worst incidents of civil unrest in India’s recent history. The plant was abruptly closed thereafter.

“No amount of image makeover via PR firms will get you off the hook and allow you to kill Thoothukudi people via your toxic copper smelter” ( 2018 Tweet to Sterlite Copper).

In the midst of this chaos, officials at Sterlite’s parent company, Vedanta Limited,   chose not to engage the public directly, but instead took a technological approach. ENODO’s Social Media Analysis uncovered the use of bot factories (e.g. from companies similar to Devumi) that posted thousands of automated fake Tweets supporting the re-opening of Sterlite plant (Figure 1). Citizens quickly realized they were being duped and expressed their outrage online. In a matter of days, negative public sentiment associated with Sterlite jumped to 91% in response to the company’s use of bots and the “troll war” between fake accounts that ensued. 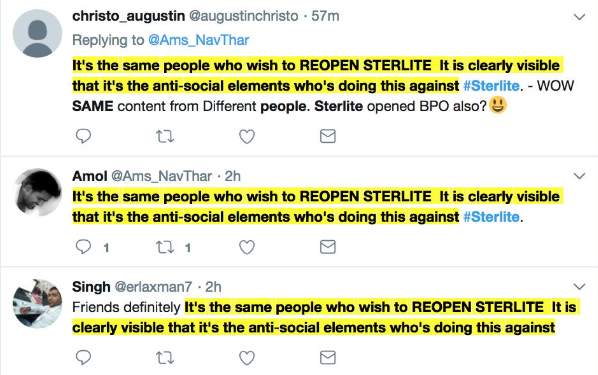 Fake accounts, bots, and trolls saturate online discussions in this ongoing “troll war.” They create anxiety and confusion amongst Thoothukudi citizens, which damages Sterlite’s brand. Moreover, they prevent any meaningful dialogue between the company and the community, which erodes trust between corporate officials and citizens. As a result, the Sterlite plant remains closed, severely impacting the Indian economy and negatively affecting the lives of thousands.

The Sterlite Copper example serves as a warning to companies that abuse public trust by using technology shortcuts to manage Social Risk. Traditional consultants and PR firms may offer quick fixes – but they are more than likely to backfire and do more harm in the long run.

ENODO’s Social Risk-based approach provides an alternative that enables companies to design long-term strategies built on trust and transparency. ENODO leverages data analytics, “Social Listening” tools, and most importantly, a population-centric approach, to enable companies to create meaningful, human interactions with various stakeholders. In the digital age, maintaining trust with individuals and communities is the primary requirement for a company’s long term success.