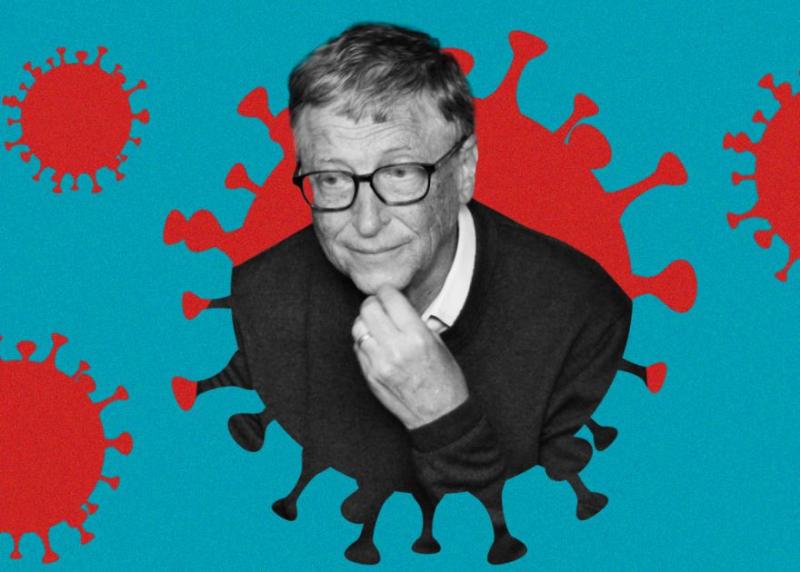 Arguably, no individual in the world is better equipped to mobilize a response to the Covid-19 pandemic than Bill Gates. A recent analysis by ENODO Global, however, shows that despite his tireless efforts and millions of dollars invested in vaccine research, Gates has become a target for mounting criticism and conspiracy theories around the world.

For years, Bill Gates and the Gates Foundation have been on the forefront of investing in health research, modeling the outcomes of possible pandemics, and urging public officials to prepare for the spread of infectious diseases with the level of seriousness as preparing for armed conflict. Moreover, the Foundation has invested vast amounts of money and gained expertise in the fight against Ebola and SARS pandemics.

When the seriousness of Covid-19 became apparent, Bill Gates and the Gates Foundation sprang into action. As Gates wrote in April, “The coronavirus pandemic pits all of humanity against the virus. The damage to health, wealth, and well-being has already been enormous. This is like a world war, except in this case, we’re all on the same side.”

Backed by at least $250 million in funding, comments made by Gates to the Financial Times made clear the commitment he and his foundation were making to fighting Covid-19: “This has the foundation’s total attention. Even our non-health related work, like higher education and K-12 [schools], is completely switched around to look at how you facilitate online learning.”

Gates also has lent his global stature to defending the World Health Organization (WHO) and the  China’s leadership from criticism of their responses to Covid-19. As Gates said to the Financial Times about China: “Most people, whenever something new comes along, they take their classic criticisms of that country and just repeat them. But here we should get concrete. I don’t see any deep insights that are missing in terms of the origin of the disease that somebody is holding something back.”

In other words, everything Gates and his foundation has done is perfectly in line with the mission of the Foundation, his worldview and passion for hard data and science, and his tireless efforts to stop the spread of infectious diseases. He deserves a great deal of credit for mobilizing vast resources and expertise against a disease that has caused untold damage to us as human beings and us as a society. Without a doubt, history will show that Gates played a significant role in developing and bringing to market the vaccine for Covid-19 – and saved millions of lives in the process.

A Word of Warning

In his rush to tackle Covid-19 on a global scale and accelerate the development of a vaccine, Gates appeared to lose sight of the urgency and immediacy of the pandemic to people on the front lines fighting its consequences. While Gates made numerous public statements urgently calling for health workers to receive Personal Protection Equipment (PPE), there is no evidence that he or the Gates Foundation turned those words into action. In other words, Gates overlooked an immediate, critical need that could have been addressed with a very tangible investment of money and expertise compared to what is a Herculean undertaking of finding a vaccine that will, at best, be available six months from now.

ENODO Global found that 66 percent of the negative sentiment Gates incurred between March 1 and June 1 was directly linked to an overemphasis on vaccine trials instead of providing direct assistance to health workers (such as providing more PPE). Compared to the baseline assessment from January 1 to February 29, Gates’ reputation has taken a sharp turn for the worse in recent months.* 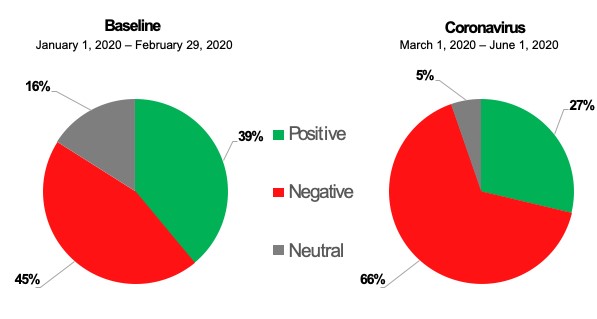 Bill Gates has done nothing wrong – his work is noble, and few people can claim to have saved or improved as many lives as he has. However, high-profile public figures that take on big challenges are always targets for criticism – Gates even predicted this in his interview with the Financial Times in April – ENODO’s research shows that much of the criticism could have been avoided by Gates and his Foundation.

This analysis is done with the benefit of 20-20 hindsight – a clear luxury when passing judgement on the actions of others.  Given what the data reveals, perhaps Gates should have partnered with organizations or front-line health care workers to better handle the crush of patients infected with Covid-19 in the early stages of the pandemic. If Gates had done that, he would have opened the possibility of creating an immediate and lasting benefit to the lives of hard-working people – which, in turn, would have given him even greater influence in leading the effort to finding a vaccine to Covid-19.

That is a lesson for all of us to take to heart. Before we rush into solving a problem – no matter how consequential – it is important to take a moment to fully understand what various stakeholders and our public audience expects and needs from us, both in the short- and long-term.

Part 2 of this series uses the lessons learned from the Gates Foundation to develop 5 questions any leader about to embark upon an effort to solve complex problems must ask to ensure maximum impact and lasting outcomes.