A Slippery Slope: The Social Risk of Taking a Stance 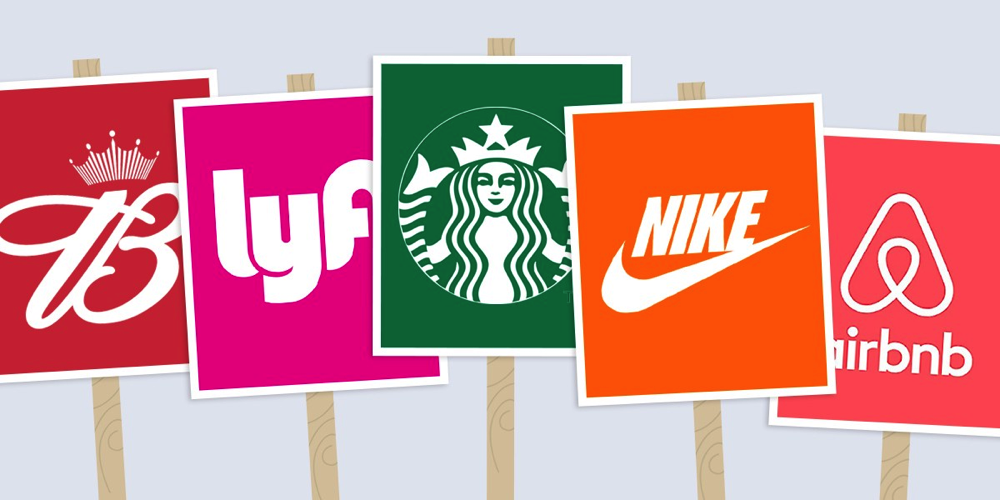 Citizens across the globe have lost faith in political leaders and governments they perceive as too corrupt and ineffective to carry out policies for social good. Many have instead turned towards company CEOs like Amazon’s Jeff Bezos and Facebook’s Mark Zuckerberg as beacons of social change. C-Suite executives now find themselves under enormous pressure to address complex social issues and to pursue some form of “executive advocacy” or “brand activism.” Taking a stand in today’s polarized society, however, is a slippery slope and a decision that often yields at best, mixed results, and at worst, protests, public relations crises, and damaged bottom lines.

Studies have shown “belief-based buyers,” or consumers who shop based on companies’ positions on social and political issues, dominate markets across the globe. An estimated 58% of American shoppers can be considered “belief-based buyers,” while the same can be said of 78% of Chinese shoppers, 68% of Indian shoppers, and 69% of Brazilian shoppers, and over 50% of shoppers in many European countries. And while the trend may start with Millennials, aged 18-to-34, who are notorious for paying more for products marketed by companies whose corporate stances align with their own personal beliefs, it certainly does not stop there. Almost as many consumers aged 35-54 now buy based on belief, and rates are rising among shoppers over 55 as well.

The importance of catering to “belief-based buyers” in today’s marketplace cannot be overstated.

Recent polls show that 67% to 90% of US consumers will buy a brand for the first time based solely on its position on a controversial topic. Up to 80% are willing to pay more for a product sold by a brand whose position they support. Shoppers are often more loyal as well. 48% report they have stayed with a company whose values they believe in, even when they find superior products elsewhere. And 70% of shoppers encourage others to buy from these companies as well.

Failing to “take a stand” can have disastrous consequences for companies. In today’s polarized political landscape, however, choosing a side can be equally damaging. Companies like Nike and the NFL, which have both taken stances on matters of police brutality and the right to protest in the wake of Colin Kaepernick and the national anthem controversy, have been heralded by some and cursed by others. Gillette’s new “The Best Men Can Be” ad, which tackles toxic masculinity, was also met with mixed reviews, gaining 795 thousand “thumbs up” on YouTube – and a staggering 1.4 million “thumbs down.”

Some companies have accepted the mixed results their corporate stances have delivered—content to trade social media-fueled boycotts like #getwokegobroke and the alienation of large swaths of consumers for ad impressions and airtime. Nike and Gillette, for example, claimed their controversial stances have boosted sales – or at least haven’t hurt them. Other campaigns, however, like Pepsi’s #BlackLivesMatter ad featuring Kendall Jenner, go horribly awry, seeming to please neither side of the political spectrum.

It’s very clear how and why these mistakes are made: public sentiment on controversial social and political issues is constantly shifting, and public perceptions on these issues are too complicated to make sense of using traditional market research techniques. But there must be a way to move beyond satisfying a portion of consumers, only to face mounting Social Risk in the form of protests, public relations crises, boycotts and poor sales from other consumers.

By incorporating a Social Listening-based approach into marketing, public relations, and CSR efforts, companies can reap the rewards of taking a stand, without facing its backlash.

Social Listening uses social media and non-traditional information sources to measure public sentiment and uncover the complexities of public perceptions on key issues in near real-time. It enables companies to keep a pulse on consumers’ ever-changing beliefs. It uncovers not just what shoppers believe, but why, allowing companies to create messages that stick with consumers and articulate corporate stances that won’t fall flat.

Social Risk analysis empowers companies to measure beliefs not just within their target demographics but within larger markets as well. It provides a mechanism to identify and pursue the values and stances that bridge consumers together, rather than those that drive consumers apart. Taking a stand that appeals to the masses, rather than to a select few, boosts bottom lines, mitigates risk, and brings citizens together – in a time we need it most.