A Human Solution to A Human Problem: Why High-tech Options Fall Flat in the Fight Against Crime 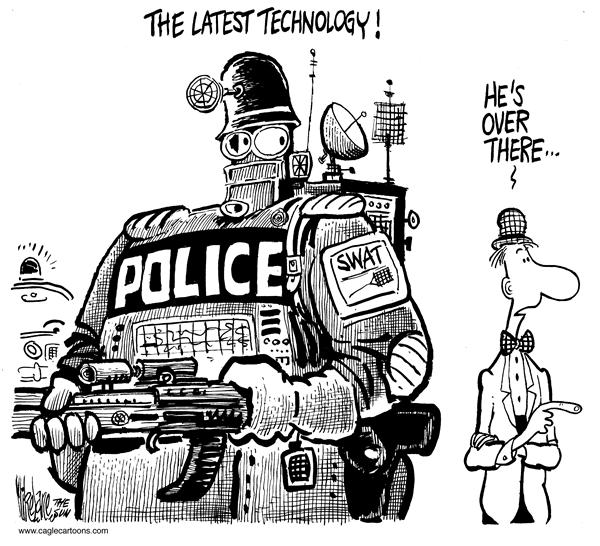 FBI statistics confirm, the national violent crime rate has dropped 48% between 1993 and 2016. Additionally, declines in the number of both violent crimes and property crimes have been reported for the first half of 2017 when compared with the first half of 2016, according to the FBI’s Preliminary Semiannual Uniform Crime Report. Law enforcement officials and political leaders often attribute the success to data analytics tools and high-tech solutions that inform policing tactics and deter criminals; which are used to allay public concerns about security and encourage public support.

Cities and municipalities across the U.S. are attempting to solve a human problem with technology. They have made huge investments in high-tech, data-driven “solutions” from crime labs to video surveillance. The cities of Baltimore and Chicago dedicate significant resources to tech savvy crime labs with the hope they will provide predictive analytics to remove some of the ‘guesswork’ from conventional policing. However, despite millions of dollars in funding by donors, grants, and from the cities’ budgets, there is no direct correlation to suggest violent crime and murders are decreasing due to these investments.

“Central to our strategy to reduce violence is the utilization of the latest crime fighting technology.” Baltimore Mayor Catherine Pugh

Despite huge investments in crime-fighting technology, Baltimore’s 343 murders in 2017 (an increase of 25 murders from 2016), equated to a staggering 56 killings per 100,000 residents (nearly 10 times higher than the national average). And despite Chicago’s drop-in murders from 771 in 2016 to 650 in 2017 (a murder rate of 28 per 100,000 residents), there are still more murders in Chicago than the combined number in both New York City and Los Angeles. This past weekend, Chicago saw 34 people shot and 5 killed in a twenty-four hour period.

Baltimore recently dedicated a $5 million Bloomberg donation to begin deploying ShotSpotter (currently used in Chicago) which utilizes audio sensors to alert police officers to gunfire. The system is designed to reduce police reaction time to gun-related crimes while deterring criminals from conducting such acts. Not only is this technology expensive, it is reactive, and its effectiveness remains unproven.

Technology like ShotSpotter may provide police with unique insights and a crime fighting advantage, however, tech solutions do not deliver a comprehensive policing strategy that addresses the root causes of crime. And in some cases, as in Newark, technological solutions like video surveillance have backfired, causing public backlash – because residents distrust both the police and their cameras! A report by ENODO Global revealed citizens are concerned with Newark’s Surveillance Camera System and view the technology as an invasion of their personal privacy.

In many places like Chicago, Baltimore, and St. Louis, where violent crime levels remain high, unaddressed social tensions and growing distrust between police and citizens continue to heighten. Civil unrest, disobedience, protests, and riots over police shootings are sadly becoming the norm— in the past few weeks alone there have been major demonstrations in Chicago, Pittsburgh, and Minneapolis. Poor policing techniques, broken police-community relations, reliance on technology, and elevated social tensions combine to create an environment of systemic and cyclical violence. In crime-troubled communities, the primary effort to reduce violent crime must focus on citizen engagement, not the latest tech solution, to fight crime at its roots.

“When people lose trust in police, they are less likely to report crimes, call in tips or act as witnesses. That emboldens robbers and shooters to become opportunistic.” Professor Stephen Morgan, Johns Hopkins University

The interconnected problems of violent crime, poor community-police relations, high social tension and pervasive civil unrest require a human-based solution.  Technical tools should not be pushed aside. They should be incorporated into more a comprehensive strategy that, first and foremost, rebuilds trust between individuals, communities, police, and public officials.

Technology might help police lower crime rates, but it does very little to address the root causes of crime and insecurity.

Analytical methods and high-tech gadgets provide an abundance of statistics and flashy headlines for police chiefs and political leaders. But no amount of spending on such tools will bring about true change to cities and neighborhoods as long as mistrust remains between residents, the police, and municipal governments. A two-way dialogue, the simplest of form of human-to-human interaction, is essential to building a foundation of trust and eventually reducing violence in our nation’s most crime ridden cities.