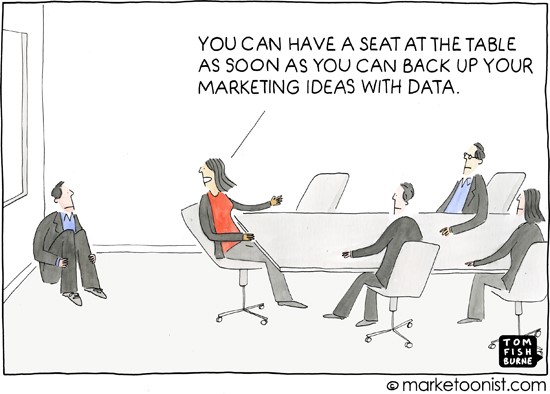 “Half the money I spend on advertising is wasted; the trouble is I don’t know which half.” – John Wanamaker, marketing pioneer and founder of Macy’s

Whether marketing is an art or a science has been debated for decades. The truth is, successful marketing campaigns combine both. However, in today’s environment, where consumers are more informed and social views are increasingly diverse, advertisers have lost their way. The science behind marketing decisions has been forgotten, just when advertisers need it most.

“In the world of advertising, facts have been replaced by the ideas, opinions, and ideologies of so-called experts, whose strategies often alienate consumers.”

The world of marketing and advertising has changed dramatically since the 1950s Madmen era, when advertisements played upon positive themes and traditional family values. Ads repeatedly played cheerful jingles and targeted consumers’ “family” identities, by depicting white picket fences, housewives in kitchens, and husbands returning home after a long day at work. Brands like Kellogg’s and General Motors used this marketing formula for decades to sell cereal, cars, and household goods.

The typical American family has transformed dramatically since then, as has the way the American people connect with brands. American society has become more diverse and complex, as hot-button issues related to racism, sexism, and politics have taken center stage – and our ads have come to reflect that. Marketing and advertising specialists increasingly exploit these issues, celebrating diversity and inclusivity, and assuming that most individuals are receptive to changes in traditional family values.

“Marketing today is trickier than it was fifty years ago due to the polarizing nature of pressing social issues, the diversity of our opinions, and the number of platforms we have to share them.”

Today’s advertisements, whether TV or online, play upon ideologies that demonstrate progressive views on everything from gay marriage to Black Lives Matter. Tylenol’s LGBTQ-themed #HowWeFamily, Cheerios’ bi-racial family, and Pepsi’s #BlackLivesMatter commercial represent just a handful of marketing campaigns that exploit the identities of small segments of the population to project their image as an inclusive brand.

Ads are typically run after being “tested” by polls, surveys, and focus groups. These small sample sizes, taken from an increasingly diverse and polarized society, often fail to accurately capture true public sentiment. And though many marketing firms brag about their use of technology, machine learning, and complex algorithms, there’s little evidence that their methods are effective. Big data deceives without contextual, human understanding.

“Are today’s ads based on anything more than the assumption that progressivism sells?”

Typical marketing campaigns lack the power to appeal to broad segments of the population as they did in the 1950s. Why? Because ads today no longer reflect positive, widely accepted values that inspire hope, happiness, and pride amongst citizens. They instead rely on stoking racial tensions, and strengthening negative sentiment and feelings of guilt, envy, exclusion, and division. They appeal to specific demographic groups while isolating others.

As a result, more and more advertising decisions result in marketing flops, forced apologies and bad PR. See Pepsi, Cheerios, and Dove for just a few examples. These ads failed for two reasons. First, they are perceived as exploitative, and second, because as much as some might hope, it cannot be assumed that an entire population identifies itself with socially progressive and liberal ideas.

“Today’s ads fail because they aren’t scientific – because they haven’t been proven to appeal to a wide audience, nor do they intend to.”

Oddly enough, despite the backlash these ads created, some of them are considered successful – which only reinforces how out-of-touch the marketing and advertising industry has become. These ads are “successful,” only if you value short-term wins, like the number of impressions and online “hits” and “clicks,” over long-term success.

More meaningful measures of ad impact, like brand performance, customer loyalty, and business-consumer relationships are based on trust. They are achieved by consistently reinforcing positive narratives over time, not by pushing out “trendy” and often off-putting ads as part of a disjointed marketing strategy that evolves based on changing fads.

“A population-centric, data-driven approach based on the strategic use of online and social media allows marketing teams to revive the scientific basis of their art.”

Moving away from ads based on assumptions, opinions, and ideologies, and instead turning to social media and identity analysis, would do much to improve the nature of today’s marketing and advertising strategies. Such an approach provides a solution to rebalance the art and science of marketing, and, more importantly, allows advertising teams to recreate 1950s-style relationships between brands and consumers, and enables businesses to connect with the entire population, rather than with select demographic groups – all the while boosting customer satisfaction, brand loyalty, and their bottom lines.