How to Win Back the Mexican Election 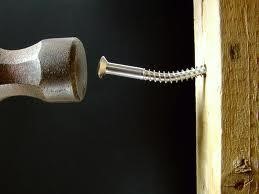 The Mexican presidential election is set to take place this July and all signs point to a victory for veteran politician Andrés Manuel López Obrador. However, this election is not really one for Obrador to win—it is for the other candidates to lose. By using ineffective campaign techniques and strategies, opposition candidates and their parties are contributing to both Obrador’s success and their own demise. With some quick action and modifications to their strategies, campaigns still have a chance to turn things around.

The major political parties wield massive political hammers meant to shape Mexican voters’ perceptions. They try to influence voters through colorful campaign slogans, micro-targeting, and trendy commercials. The 2018 Mexican elections, however, are quite different. Mexican voters are politically motivated, very sophisticated, and not fooled by traditional campaign activities. They are actively engaged in political discussions and frequently leverage social media to share their own messages and shape online conversations.

Unfortunately, alliance-building has proven to be ineffective in this campaign. Rather than increasing popularity for individual candidates and influence for the political parties, it is having the opposite effect. Negative public perception of PVEM grew from 38% in October 2017 to 76% in January 2018 based on the PVEM alliance with PRI. It increased again when PANAL joined the coalition, climbing to 88% in mid-January.

In the 2018 elections, political campaigns that rely on traditional techniques to win votes will not succeed. Campaigns need a new approach that starts with a different strategy. Campaigns that want to shape voter beliefs and perceptions, should view voters as screws that require finesse to persuade, not nails that are pounded into submission. Campaign strategies that incorporate a two-way dialogue and personalized engagements are critical to ensure support at the ballot.

Unfortunately, candidates continue to rely on political experts and campaign teams as their primary source of information for decision-making. They spend millions of dollars to convince voters that their approach, policies, and actions would be the best for the country. However, it’s not campaign teams who are shaping the political discourse and the electorate’s perceptions on the candidates, political parties, and key topics (e.g., corruption, economy, and security). It is individuals.

“The #PRI plays dirty even to their own party #TodosPorMexico is a coalition equal to #RoboPorMexico and no longer has a solution #NiUnVotoAlPRI.”

A philosophical shift away from traditional strategies of continuously forcing political messages from campaign team to voters is required to win elections. Campaigns need to get out of their own “echo chambers,” made up of out-of-touch elites and self-proclaimed political experts, who tell candidates only what they want to hear. Instead, campaigns should turn the microphone away from their own “circle of friends” and face it toward the voices that really matter: the people.

A campaign strategy based on the will of the people and not political will is the change needed, not only to find electoral success, but to build trust. It provides candidates a way to listen to the population and better understand constituents’ concerns, grievances, and hope for the future. It enables candidates to directly engage with voters on a personal level concerning issues that people care about most.  And when they are elected, it allows them to stay connected with constituents in order to remain effective public stewards.

The 2018 Mexican election is not about having the loudest sound bite, the most expensive campaign, or the biggest alliance. It is about how well candidates listen to peoples’ voices, address their concerns, and deliver on the promise of a better future. In this election, as in all elections, the campaign that wins will be the one that connects with the people, not in the ways campaign teams advise, but in the ways the people themselves demand.