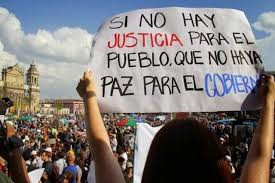 “Guatemala’s upcoming Attorney General Appointment will be a defining moment for the future of the country.”

Despite enormous strides towards democracy in the past few decades, Guatemala’s corrupt politicians and tainted judiciary are eroding democratic institutions and weakening rule of law, while ordinary citizens, eager for better lives and greater justice, are denied any voice. Meanwhile, endemic corruption and impunity perpetuate Guatemala’s economic stagnation, which further increases social tensions and ultimately leads to greater instability.

The appointment of Guatemala’s new Attorney General, which will occur in May of 2018, will be critical in maintaining rule of law and stability in the Central American nation. Previous officials to hold the position, including Noble Peace Prize nominee Claudia Paz y Paz, vastly improved the judicial system by strengthening transitional justice mechanisms. The current attorney general, Thelma Aldana has continued the fight against ongoing human rights abuses and gender-based violence. However, she is most recognized for her work with the International Commission against Impunity in Guatemala (CICIG), to combat corruption and impunity.

Guatemala’s judicial reforms, however, are at risk of becoming undone due to the markedly flawed nomination procedures, which sometimes lead to the selection of candidates’ beholden to corrupt officials. As currently written, the country’s procedures leave little room for public participation. So, if President Morales chooses to appoint an attorney general that is influenced by corrupt officials and does not support judicial reform, the country will lose its last line of defense against corruption and impunity. Ensuring public awareness, transparency, and accountability through continual oversight is the only way to ensure a fair appointment.

The Nominating Commission (NC), tasked with creating a short-list of candidates, is comprised of fourteen individuals: The Chief Justice of the Supreme Court, the President and Ethics Tribunal of the Bar Association, and eleven deans from the country’s Law Schools. In recent years, certain politicians attempted to manipulate the process by influencing appointments through the establishment of new law schools, whose deans by law must be included in the NC – despite their merit or lack thereof. Moreover, the personal backgrounds, political affiliations, and potential conflicts of interest  between judicial candidates and nominating officials are rarely made public. The government website, which should list both candidates and officials, is partially defective. It prohibits transparency and the public’s ability to oversee nomination decisions. At the same time, a vague “point system” in the candidate selection process is often the root cause of arbitrary decision-making, which continues to go unaddressed.

The first step in the process began this past September with the election of the new president of the Supreme Court of Justice (CSJ). Magistrate José Antonio Pineda Barales was designated President of CSJ, and will preside over the Attorney General nominating committee. Unfortunately, the judicial majority to which he belongs has long been hostile to CICIG and has rebutted calls for increased accountability. As a result, Pineda Barales and the rest of the nominating commission have an uphill battle to gain public credibility before the Attorney General election this spring.

Most Guatemalans understand the gravity of the situation, which has even been dubbed “the mother of all battles against corruption.” Without taking steps to gain credibility among the population, the nominating commission is likely to face harsh criticism and push-back from citizens who feel excluded from a process. Protests, like those organized early this year after President Morales fired the head of the CICIG and Congress announced legislation to dilute the country’s anti-corruption campaign, are likely to erupt as social tensions escalate prior to the appointment.

The fate of Guatemala’s anti-corruption agenda and the Central American nation hinges on President Morales’ selection of the new Attorney General. An Attorney General beholden to corrupt officials and dedicated to maintaining the mechanisms that support corruption and impunity are unfortunately likely. Such a selection would deeply damage any semblance of judicial credibility or democratic governance left in Guatemala. It would worsen the ongoing political crisis and possibly send the country into the throes of, at best uncertainty, and at worst, a Venezuela-type anarchy.