People vs. Mainstream Media: Erosion of Trust, Corruption of Reality, and the Polarization of Media Outlets 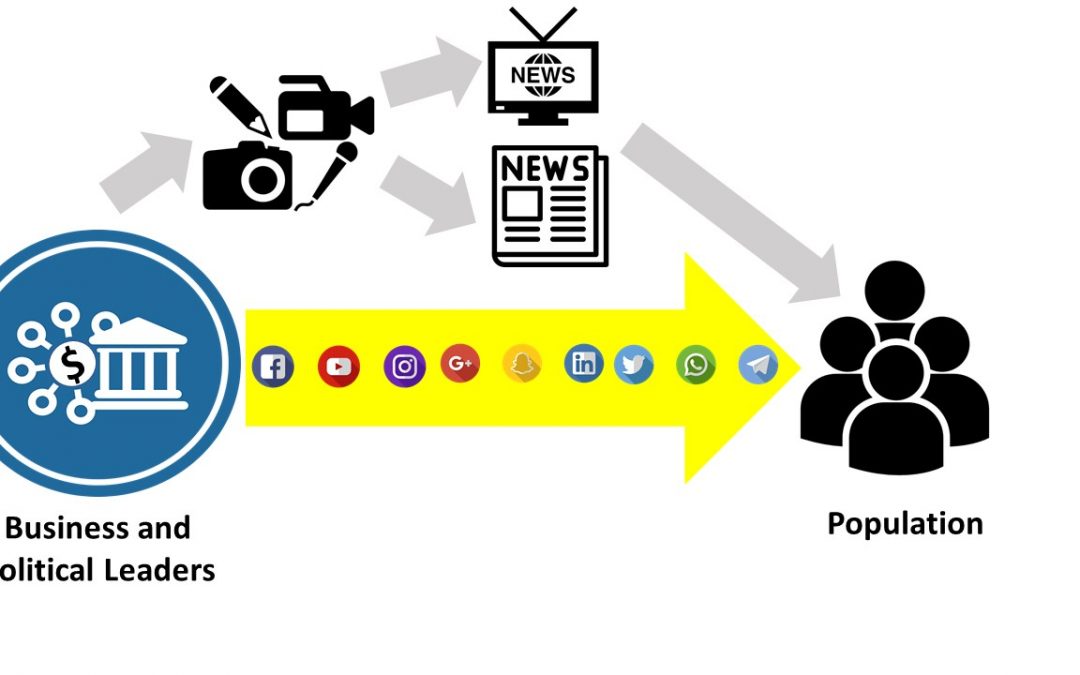 With just a swipe, click, like, or tweet, social media (SM) has built widespread appeal as both a convenient virtual companion and an alternative news source. Mainstream Media (MSM) on the other hand, which was conceived during the pre-Internet era, is losing credibility due to questions about its objectivity and sourcing. The greatest challenge facing MSM is the inability of news editors and media executives to integrate public opinion. This is in stark contrast to SM, where news is crowd-sourced from millions of people. As a result, SM is slowly replacing MSM while the divide in content continues to grow.

SM forms the new communication highways for billions of people. It has the power to disrupt and re-shape public perceptions on a continuous, real-time, and dynamic basis. Moreover, SM provides insights into the public’s attitudes, reactions, and sentiment concerning important topics and events. Forbes recently reported that SM is shaping political involvement and engagement concerning important social issues. Research shows that over 67 percent of Americans use SM for their news. Despite the popularity of SM, both government and business leaders continue to depend on MSM to inform their decisions.

“Political and Business leaders rely on mainstream media to develop insights about constituents and customers – an approach that continuously fails.”

Mainstream Media: The Voice of the Few

MSM is controlled by business professionals who curate “sensationalized information,” which is designed to entice readers. It is intended to generate ratings and revenue through viewership and advertisements. And at its core, MSM represents the top-down distribution of biased worldviews created from a fairly homogeneous group of media firms, to a fairly uninvolved and disengaged public. If people find MSM news questionable, they have little or no influence to control its content (except, perhaps, by writing a letter to the editor or posting a comment on SM).

In 2011, the Leveson Inquiry into the ethical practices of the British press uncovered a dark network between the police, politicians, and MSM. In what later became known as the Leveson “Love” Triangle (Figure 1), findings revealed the collusion between these three entities, which fed information and resources to one another. MSM’s position was leveraged to create and distribute stories that shaped people’s perceptions to achieve both political and police agendas. In essence, ordinary men and women, which politicians and police are sworn to serve, were manipulated by MSM. 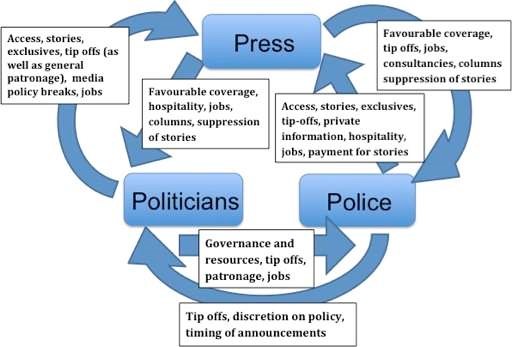 Strategies like the Levenson Love Triangle are destined to fail as people continue to turn away from MSM and embrace SM. Even world leaders are taken notice. According to Burson-Marsteller’s Twiplomacy study, Twitter is the primary social network used by over 276 heads of state and government and foreign ministers across 178 countries. Most accounts are managed by staff members; however, President Trump is among a new group of leaders who manage their own Twitter accounts. Amazingly, his tweets have generated 166 million interactions (likes and retweets) in the past 12 months alone.

“With the U.S. president bypassing traditional media channels to communicate directly to his supporters and detractors alike, we can expect more people in positions of authority to adopt this practice.”

Social Media: The Voice of the People

SM represents a self-governing platform powered by ordinary men and women with genuine interest in the topics they post. Unlike MSM, anyone can disseminate information and opinions on SM. While almost all MSM content is the product of time consuming work (i.e. comparison of different point of views, fact-checking, and editorial review), SM users can voice their opinions in almost any way they want. SM authors can write elaborate blogs, but often they can have the same (or even more) impact with a short statement or witty meme. As opposed to MSM sources, which represent large institutions, SM users voice their opinions as individuals and as equals to fellow followers.

SM users are therefore both personally connected to both the events they write about and their followers. One person’s opinion can become followers’ truth and reality. However, SM authors need to build their own audience to have impact, so it is imperative that they constantly voice opinions that connect to other people, who will then “retweet,” “like,” or otherwise support the original idea. The topics and opinions that are trending on SM are often very different from the topics and opinions circulated by MSM.

Worldwide Disconnect Between MSM and SM

The divide between MSM and SM is only worsened when transferred from computer and television screens into real life. Gallup reported that Americans’ trust of MSM is at a twenty-year low, with only 32% of Americans saying they trust mass media. Beyond America, the global public is frustrated with how MSM is handling even simple reporting.

In 2016, Russian television news sources reported that a 13-year-old German-Russian girl had been abducted and raped by Arabs in Berlin. Very quickly, the tight-knit German-Russian community moved the discussion from MSM to SM. German MSM reacted to online posts stating that police reports had made clear that the girl was not abducted nor raped. The German-Russian minority turned to SM again – this time to express their feeling of constant discrimination and marginalization by German MSM. Communities held demonstrations across Germany – organized solely using SM and the story turned into a national movement to address long-standing grievances. In turn, MSM reported these demonstrations as the work of disruptive minority groups.

ENODO Global’s analysis of the recent St. Louis protests provides another example of the growing schism between SM and MSM. The St. Louis police used the Black Lives Matter chant, “Whose Streets? Our Streets!” to symbolize police strength. When news of the appropriated slogan quickly spread across Twitter, Black Lives Matter supporters perceived the chants as taunting and they responded with #StockleyVerdict messages to join online protests. The report illustrates how SM shaped online and on-the-ground protests, heightened tensions, increased distrust, and polarized negative sentiment between public officials and St. Louis citizens.

“Reliance on MSM represents the failure of leaders to connect with everyday people.”

These examples, and hundreds more, demonstrate an urgent need for both business and political leaders to re-assess their approaches to decision making and crisis management. Real-time SM analysis is part of the solution. SM analysis provides a direct line to listen, view, and understand events through the eyes of the population. While MSM delivers narrow viewpoints for corporate executives, SM analysis offers governments and businesses a way to identify and measure public sentiment regarding trending social issues and future crises. More importantly, it provides a framework to address the perception gap between public and private sector officials and the citizens they wish to engage. Cutting out the MSM middleman and directly engaging in meaningful two-way dialogue offers a path for businesses and government leaders, and consumers and constituents, to jointly tackle existing grievances and future challenges.

Contributions to the blog were provided by Julian Koeck, a historian, interested in the mechanisms how ideas change (or change not) societies.