Social Risk on the Sidelines: Why the NFL Needs ENODO Global 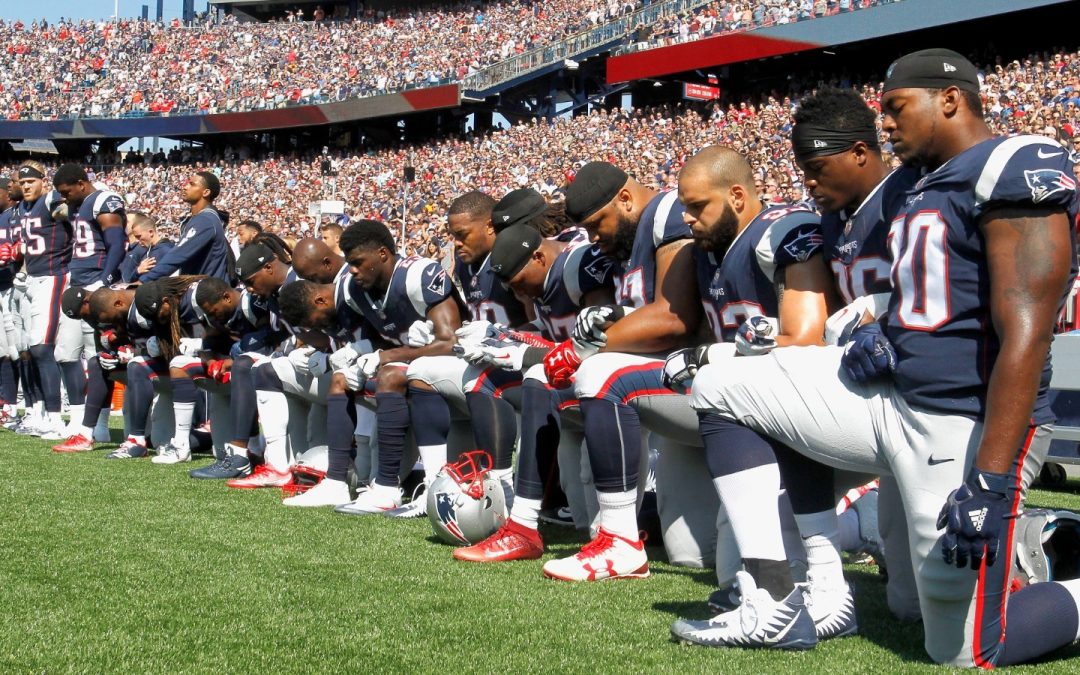 According to a recent New York Times article, the NFL is now one of the most divisive brands in the U.S. It is rapidly losing viewers and even life-long football fans in the face of the ongoing player protests that focus on issues like police brutality and racial injustice. The NFL players’ union and 11 owners met this past Tuesday to discuss social issues; however the most contentious topic, the NFL’s policy on the national anthem, did not come up.

The NFL has seen tremendous blowback in response to player protests. In Pittsburgh, after the team failed to take the field while the anthem was played, thousand took to social media to castigate the #PittsburgKneelers and to congratulate Army Veteran Alejandro Villanueva, the only team member who chose to stand. Some fans demonstrated their disgust with Pittsburgh’s choice by posting videos of burning fan gear. Others made Villanueva jerseys a best seller – a first for a lineman in NFL history.

The NFL is forced to choose between supporting its players in their fight for social justice and catering to its core fan base, who see kneeling during the national anthem as an affront to patriotism and as disrespectful to the armed forces. With no “go-to” solution for such problems in its extensive playbook, the NFL is left struggling to satisfy both parties.

The failure to fully understand the identities, which shape perceptions and dictate behaviour on each side, is the single most important factor to finding a solution. National identity trumps the national pastime. Football fans are more faithful to their personal beliefs than their favorite team or player. Any attempt by players to challenge the nationalistic identity by refusing to participate in the anthem is considered divisive, childish, and disrespectful. Bottom line: Devoted fans and casual viewers, especially those with military backgrounds, have put their U.S. patriot identities before all else.

“Many fans have chosen to stop watching football completely or to boycott the brand until it forces players to stand up.”

In a show of support for the players, team owners and coaches have chosen to stand, or perhaps more accurately, kneel, alongside their players. Patriots Chairman and CEO, Robert Kraft, said of his players: “Their efforts, both on and off the field, help bring people together and make our community stronger… I support their right to peacefully affect social change and raise awareness in a manner that they feel is most impactful.”

Despite Kraft’s positive outlook, players’ actions are not bringing people together – in fact, they are doing quite the opposite. Viewership is at an all-time low and social tensions surrounding the player issue are higher than ever. Many #TakeAKnee supporters are angry with what they see as the injustice of Colin Kaepernick’s consequent unemployment after his political statement last season and the NFL’s failure to fully support players. As a result, they have decided to boycott the brand, publicizing their discontent on Twitter using the hashtag #NoKaepernickNoNFL.

Support for the U.S. military is a central aspect of the issue for this segment of (ex) NFL fans. They believe players who choose to express themselves freely on the sidelines, do so out of a privilege afforded to them by the American men and women who have chosen to serve. Those who have risked their lives for the country, or know someone else who has, are deeply patriotic and personally offended by others who fail to respect the flag or the anthem, both symbols of the nation. The Veterans of Foreign Wars (VFWs) and American Legions throughout the country have decided to tune out future games as a result of #TakeAKnee. One Vet took to Twitter and implored the NFL to “Put America’s team first.”

Politics have further complicated the issue – President Trump’s barrage of tweets certainly has not helped the NFL’s cause. The divisiveness stems more from a clash of differing identities than just political affiliation alone. On both sides, distinct life experiences, differing understandings of nationalism and what it means to be an American citizen, have trumped sports team affiliation.

The football field has become a warzone, divided by identity, plagued by Social Risk, and the NFL’s lack of expertise to effectively deal with a conflict much deeper than a typical public relations (PR) debacle. At the end of the day, the NFL is a business. And like any business, it must strike a balance between supporting its workforce, players and coaching staffs, and appeasing its customers (fan) base, different as their worldviews may be.

While the outcome of the current situation regarding the national anthem is impossible to predict, one thing is for sure: The NFL must do something to address the thousands of fans threatening to boycott the brand – and they better do it fast. If the NFL wants to improve public perception, increase its current ratings, and mend the division between players, coaches, and fans alike, it must tackle the complex issues concerning identity.

The NFL doesn’t have to choose between black lives and their bottom line, as one recent New York Times article suggested, but the organization certainly needs a new PR play – one that more fully takes into account the various identities and ever-changing sentiment of stakeholders on the field, on the sidelines, and in the stands.