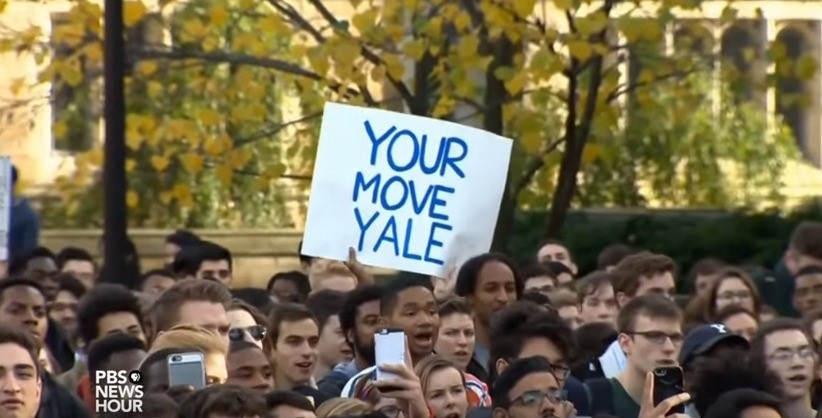 Student activists are headed back to school prepared not only to hit the books, but to hit the streets. While universities around the globe have historically proven to be hotbeds for radicalism, campus conflicts at elite U.S. institutions have been escalating in recent years. And after a tumultuous summer of online and in-person clashes across the country, this year in particular could be a hostile one.

University administrations have so far failed to do much in the way of effective conflict management. The Wall Street Journal recently reported on the University of Missouri’s dismal stats post-2015 student protests – enrollment at the traditionally revered campus is down more than 2,000. Mizzou’s “Price Paid for Appeasing the Left” should come not only as a warning to university administrations across the country, but as a wake-up call. Just as our country is becoming increasingly polarized, facing rising levels of social unrest, so too is our educational system.

Student movements, like those at Mizzou or the online #MillionStudentMarch, have called for a full-fledged “political revolution in the streets” to combat racism, student debt, and a slew of other issues. Dozens of online webpages list student group demands from hundreds of universities, which range from the cancellation of all debt and the creation of tuition-free public colleges, to the addition of safe spaces and trigger warnings in classes – even forced resignations of university administrators.

Universities aren’t dealing with any ordinary PR challenge – they are caught in the middle of an ideological battle or a war of identity politics. And as identity conflict theory goes, any attack directed towards an individual’s identity will immediately be met with a strong response. No matter the outcome, someone always feels attacked, alienated or betrayed. Political polarization both on campuses and across the country makes it increasingly difficult for administrations to act one way or another.

Those who view campus protests as a distraction and student behavior unwarranted expect administrations to end conflicts quickly with stringent consequences for radical troublemakers. When campuses fail to do so, conservative and moderate students, families, and alumni pull back, costing universities like Mizzou enrollees, funds and other forms of support.

Student activist sympathizers, liberal parents and alumni, on the other hand, see protests as legitimate activities to raise awareness for a worthy cause. These groups too are likely to withdraw support, financial or otherwise, if universities fail to respond satisfactorily. And activists themselves, who’ve so far been largely supported and protected by their universities, are unlikely to cease protesting or to accept anything less than administrations’ full acceptance of their demands.

Campus conflicts aren’t just corporate branding snafus or PR headaches – university administrations can’t continue to treat them that way. Professors and administrators have an obligation to better understand the nuanced identities and grievances that fuel student protests. As thought leaders, universities must balance conflicting narratives without adopting either and reach students using strategies centered not on inherent differences between them, but on the likeness amongst them, in order to demonstrate that while ideas may be pitted against each other, human identities need not be.