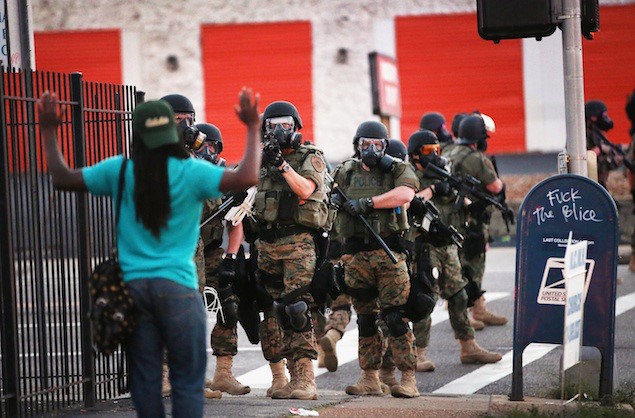 For the first time in decades violent crime is on the rise in U.S. cities across the country. Allegations of police violence and anti-police protests are now commonplace. The situation is becoming unmanageable. And despite the hundreds of millions of dollars that have been spent trying to quell the violence, the situation is only getting worse.

Shortly after the first Ferguson riots, ENODO Global warned city administrators of continued violence because their response did not address the root causes of unrest. Very rarely do we consider how unaddressed social tensions, economic deprivation, high levels of crime, and police violence intersect, reinforce each other, and create a cycle of insecurity. Rather, the Ferguson riots were blamed on racial divides including the history of tension between the police force and individuals within the community. This idea was reinforced by the mismatched demographics of the Ferguson police force, 90% white, and its majority black community.

However, in a blog published on its website, ENODO attributed the violence to cultural attitudes, official and unofficial policies, economic decay of an industrial city, and increased levels of poverty in its suburbs. It was an environment that fostered resentment, anger and hopelessness. Today, it’s an environment replicated across the country, in our most disadvantaged communities. This atmosphere breeds not only social unrest, but also crime, and it explains why we see anti-police protests in many of the same cities where crime is highest.

Social tensions, crime, and violence are the result of societal problem that starts when citizens no longer trust institutions to protect or provide for them, nor believe institutions are listening to them. The situation is compounded by estranged police forces, with little or no ties to the communities they serve. It’s worsened by a policing strategy that seeks to stop protest and violence with force, which only fuels the law enforcement-community divide. Protest and crime are calculated actions that stem from specific human needs – to be heard, create change, and improve one’s livelihood.

Violence then, isn’t senseless. It’s the result of a loss of faith in public institutions, including police officers who are no longer seen as public servants meant to serve and protect, but as a threat that exemplifies a larger issue – a corrupt, deficient justice system. When better understood, this provides an opportunity for engagement to stem both growing crime and civil unrest.

Take Ferguson, for example. When protests began against Michael Brown’s killing, officers arrived equipped like a paramilitary force ready for combat. It was a show of force, meant to deter protests from getting out of hand. Yet to protesters, riot gear and military-grade weapons further reinforced beliefs that the police didn’t care about them, their needs, or their lives. Whether the police threat is real or perceived does not matter. Even if well-intentioned, officers run the risk of being misunderstood by communities who know as little about the police as the police know about them.

Without a viable alternative, cities’ leadership continue to run the same playbook – increasing funding for traditional strategies. They double the size of police forces, lengthen police shifts, and rely on surveillance cameras. Baltimore is currently paying its officers $1 million a month in overtime. Cities are also working to strengthen gun laws and go after those with illegal weapons. Chicago recently invested in new high-tech initiatives, heat maps and microphone missions, to document shootings. However well-intentioned, all of these reactive strategies will continue to fall short of reversing trends if they continue to ignore the source of the insecurity – ignored grievances and the failed relationship between the police and the community.

Ferguson, Chicago, and Baltimore demonstrate the linkages between economic deprivation, growing social tensions, crime, and violence. They also illustrate the impact of failed community-police relations. Current policing strategies create a system in which communities and officers alike, fail to understand each other’s intentions and grievances, and for this reason feel threatened. The dynamic situation is dangerous for both sides, masks the true causes behind crime and protest, and prevents us from taking action to ameliorate them.