Activism in Oaxaca: Potential for Unrest 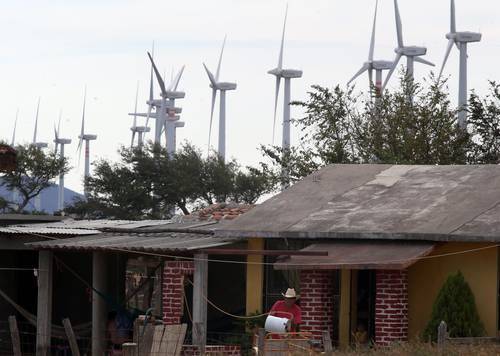 Wind farm companies, CEMEX and Vestas, have stolen land and failed to deliver on promises to the indigenous people of Oaxaca, Mexico resulting in increased social tensions, unrest, and protest across the region. Recent articles in the New York Times and the Mexico News Daily have provided political and environmental activists a platform to spread awareness of how CEMEX and Vestas are exploiting the local population of Oaxaca. If managed incorrectly, this information could go viral, get hijacked by activists, escalate into violence, and impact the companies’ operations, reputations, and earnings.

Local news outlets began covering this story in 2012 with little fanfare or publicity. News coverage stated that CEMEX and Vestas both expanded into Oaxaca through a series of misleading legal agreements with the government and local population. CEMEX and Vestas told the villagers they were conducting wind studies; however, both companies added nuanced clauses within the contract granted them “a 30-year lease on the land… with an option for another 30-year extension.” After the studies were completed, both Vestas and CEMEX used the clause to retain their claim on the land and began construction of wind farms.

Community members were betrayed by brokers and have incurred significant financial losses. Indigenous farmers who sold their land lost their main source of income and received in return only $50/month, not nearly enough to support their families. Only the brokers who sold community members’ land benefited financially. One local villager said of the companies: “They come to change our landscape…. to cut down our trees and disturb our [jobs]”.

Increased media coverage of the situation in Oaxaca has significant implications for both Vestas and CEMEX. The Dakota Access Pipeline Standing Rock crisis had a similar beginning to the situation in Oaxaca. Both began as local grievances by indigenous people concerning infringements on land, which garnered increased media coverage. Environmental activists hijacked the Standing Rock tribe’s concerns regarding land rights to promote their own political agenda, which resulted in millions of dollars in additional costs and a halt in construction for months. The longer Vestas and CEMEX ignore the underlying grievances of the local population, the more likely activists are to take advantage of the dispute, increase social tensions, protests, and violence to further their own objectives

Vestas and CEMEX need to address the source of the problem: the people. A population-centric engagement strategy takes into account existing grievances (e.g., anger against brokers, insufficient financial compensation, local and national government miscommunication) and unfulfilled basic needs (e.g., land and food security) in order to create a strategy to address short-term problems and create long-term stability. With increased media coverage and activist groups ready to advance their agendas, the window of opportunity is rapidly closing. Vestas and CEMEX must act now.