JASTA: More Than a Legal Problem 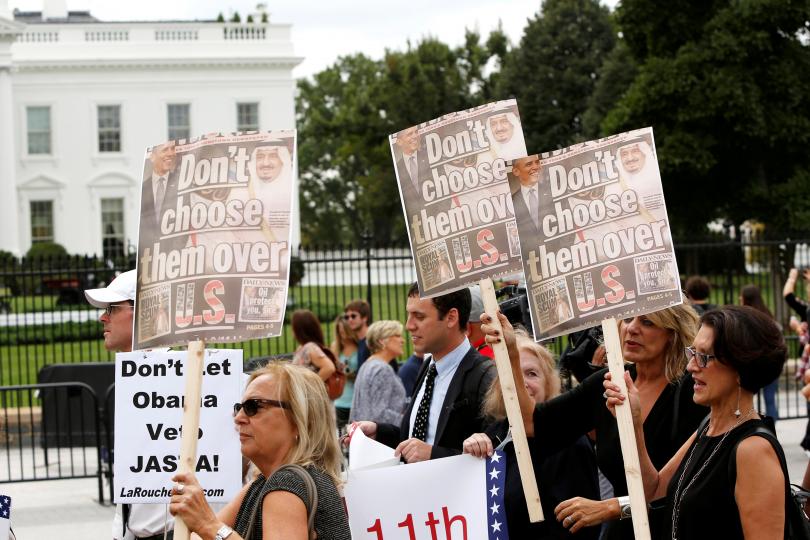 The Justice Against the Sponsors of Terrorism Act (JASTA) is one of the most controversial and complex pieces of national security legislation in recent years. It enables private US citizens to sue foreign governments over alleged support of terrorist groups. The heated controversy about JASTA spilled over to social media, where over 11,000 Twitter posts since November 1, 2016 have debated the merits of the act.

Accurately evaluating large volumes of social media data is a critical task as political debates, public perception, and organizations’ reputations are increasingly shaped via online platforms. Companies have saturated the market claiming to interpret Tweets or Facebook posts through technology. The general techniques and algorithms used to measure the sentiment of online posts, however, fail to uncover the true nature and substance of the debate and the social environment that shapes the language used in their discussions. The ability to uncover the underlying sentiment of contemporary social media posts requires tools that can analyze massive social media datasets and are customized to the specific social environment of the debate.

The online JASTA debate provides a clear example of why traditional social media exploitation fails and reinforces the need for customized solutions. The rhetoric used in JASTA-related tweets reflects the complexity and emotionally charged nature of the topic. It also illustrates the challenges facing traditional quantitative sentiment analysis. Supporters, for example, make their arguments by mixing positive appeals for justice and support for victims with negative portrayals of alleged state sponsors of terrorist groups. Opponents of JASTA use a similar combination of positive and negative sentiments, emphasizing the potential negative consequences of the act such as placing US troops overseas at risk of retaliation while advocating working with traditional allies to reform the act.

This mixing of positive and negative language makes it difficult for traditional computational text analysis to determine the sentiment of a social media post towards JASTA, illustrated in the table below. Straightforward messages are easily classified by traditional sentiment analysis, but those involving more complex arguments require a customized approach. For example, a message that supports JASTA by attacking Saudi Arabia can lead a standard tool to classify the messages as having a negative sentiment, while a tweet advocating revising JASTA to protect the US by cooperating with Saudi Arabia would have a positive sentiment score. These examples highlight the danger of using traditional techniques and general analysis tools to assess complicated issues discussed on social media.In today’s dynamic social media environment, even short online text messages convey rich and nuanced sentiment on contentious subjects. A standard algorithm that measures sentiment from these surprisingly complex messages can lead to biased views of the public discussion with potentially serious consequences for senior executives and planners. Falsely classifying negative messages as positive, for example, could give decision-makers a false sense of security and blind them to mounting risks to their organizations and operations. Misreading positive posts as negative posts, likewise, could convince decision-makers to forgo a potentially lucrative project due to an inaccurate portrayal that the opposition is more prevalent than it actually is.

To overcome these challenges, a customized and computationally efficient methodology is required. It must combine a detailed understanding of both the text of the message and the analytical framework that can make sense of the social identities shaping these messages. Focusing on both language and identity not only helps with the classification of sentiment to reduce the likelihood of misinterpreting messages, but also provides the basis for organizations to enter the debate and proactively shape public perception. Without using such a refined approach, analysis of social media will fail to fully understand and accurately exploit the information contained in these expanding platforms.