The Growing Divide Between Governments and Populations 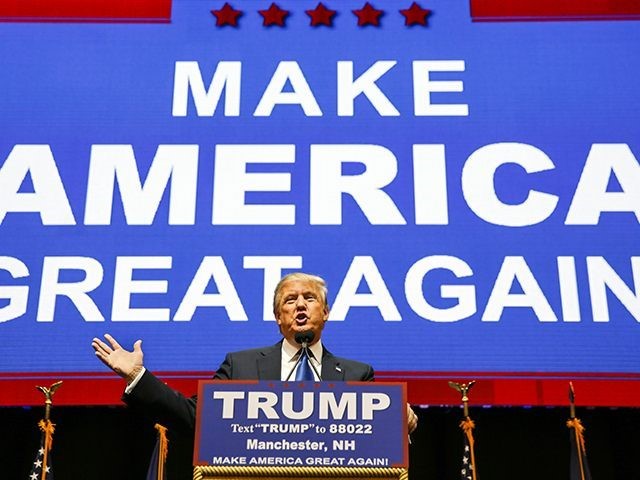 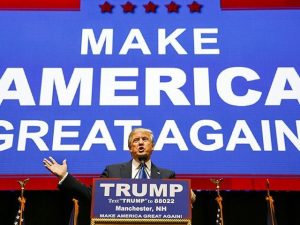 Divisions between governments and their populations directly impact the social, political, and economic frameworks of nations, and influence regional and international security. These divisions are the result of government policies and actions, which often have a profound negative impact on their populations and are counterintuitive to their citizens’ identities. The world recently observed such divisions through the popular rejections of government initiatives in the U.K. Referendum on EU membership and the failed peace accord between the Colombian government and FARC. Failure to understand a populations’ identity and worldview are key factors that contribute to the divide between the government and the governed.

The 19th and 20th centuries experienced the peak alignment of identity between governments and populations. Emerging nations transitioning from colonies and city-states built identities around shared worldviews. Governing classes in countries like the United States, Germany, and the Soviet Union imprinted their identities on the population. Citizens within these nations aligned with their governments because their “collective” identities had largely been formed simultaneously and highly orchestrated state communications delivered powerful narratives that reinforced shared identities. Ultimately, a series of global conflicts and international paranoia ensured that national identities were solidified.

Today, separations between governments and their populations are growing deeper over economic, social, and political issues. Moreover, the worldviews of those in power often clash with the worldviews of those without power. Populations around the world are being affected differently than the governing elite by competition for resources, globalization, pandemics, global warming, and security challenges, and therefore no longer align with government-dictated identities.

Peoples’ ability to access and share information via communication technology has transformed the relationship between government and individuals, increasing the frequency and magnitude of differences. The Internet and social media enable individuals from any socioeconomic class to obtain information, share their beliefs, and initiate movements that are sometimes in opposition to governments. And although governments and their populations both use communication technology to disseminate their messages, they view the world through entirely different lenses.

The UK referendum on EU membership and recent vote in Colombia to reject the government’s peace agreement with the FARC provide examples of the divides between governments and populations. They also demonstrate how citizens employ social media and powerful narratives to tap into identity, influence popular sentiment, and create change.

In June of 2016, Britons voted to leave the EU, defeating those wishing to remain 51.9% to 48.1% in a close referendum.  Many in government, including Prime Minister David Cameron, campaigned relentlessly for Remain votes.  Their insistence that Britain’s membership in the EU ensured the greatest possible national security and necessary economic benefits was rejected by a majority of the population. Analysis shows that Leave supporters overpowered their opponents on social media by more than 2 to 1. Leave narratives utilized more intuitive and emotionally-charged arguments.  Individual ideas and opinions coalesced into a national movement, as people in the Leave camp blamed UK membership in the EU for excessive immigration, loss of national identity and sovereignty, and deteriorating security.  The Remain camp attempted to counter these powerful narratives with rational arguments and economic forecasts.  Although polls throughout the UK and even bookmakers’ odds indicated an easy victory for Remain, the overwhelming media presence and everyman simplicity of the Leave message forced a dramatic change in Britain’s future.

After 52 years of conflict, including four years of peace negotiations, voters in Colombia rejected their government’s proposed peace deal with the FARC guerillas in October of 2016.  The government, led by President Juan Manuel Santos, claimed that the deal would lead to increased development and economic growth. The “No”-vote supporters rejected the official narrative and hardened their collective belief that the deal failed to punish FARC appropriately for its part in atrocities and inexplicably rewarded its leaders with seats in congress.  The areas that voted most decisively “No” were also the most affected by violence during the decades-long conflict. Colombian officials believed that the “Yes” votes would easily carry the day, a sentiment backed up by polling.  However, social media enabled an underground oppositional sentiment to flourish.  “No” voters who publicly expressed their opinions were criticized through mass and social medias as “enemies of peace.”  “No” voters were implicitly encouraged to hide their opinions by the “spiral of silence,” and so government narratives that were thought to be successful were surprisingly ineffective, with no opportunity for correction.

The U.S. presidential election is another stark example of the growing schism between politicians and constituents. It also brings to light inconsistencies among (a) U.S. popular sentiment, (b) mainstream media coverage, and (c) social media. Voters have strong emotional positions, and their identities are linked to issues such as immigration policy, economic opportunity, and national security. Yet mainstream media coverage is sensationalized, covering topics like groping, WikiLeaks, tax returns, and pay-to-play. These topics do not impact or connect on a personal level with individuals or their identities. This had led to feelings of isolation, frustration, and disenfranchisement by large swaths of the population, across traditionally unrelated demographics.

One candidate’s messages, however, connects with individuals and their identities.  “Build a Wall” and “Make America Great Again” are powerful narratives that connect to different demographics’ identities beyond the minority of “deplorables.” These narratives cut across race, ethnicity, gender and socio-economic status because they directly impact the daily lives of individuals. They mobilized a record number of voters during Republican primaries and have the potential for a repeat affect during the general election. Traditional pollsters, political pundits, and mainstream media are out of touch with individuals and lack the tools to scientifically understand their identities. Therefore, the political elite should not be surprised with an unexpected result in November—America’s own “Brexit.”

If unaddressed, the identity chasm that separates governments and populations will continue to expand. In order to avoid catastrophic events, governments must understand the dynamics that shape the identities of popular movements. Understanding “how” people behave is a reactive service advertised by polling, public relations, and marketing firms. Understanding “why” people behave is the key to not only uncovering identity, but also developing the ability to shape social, political, and economic landscapes. Population-centric analysis, based on identity, enables governments to understand the popular sentiments and worldviews that build collective identities. By understanding the dominant identity within key demographics, governments can align their activities with popular interests, recognize the indicators of popular movements, and mitigate potential disconnects before they occur.