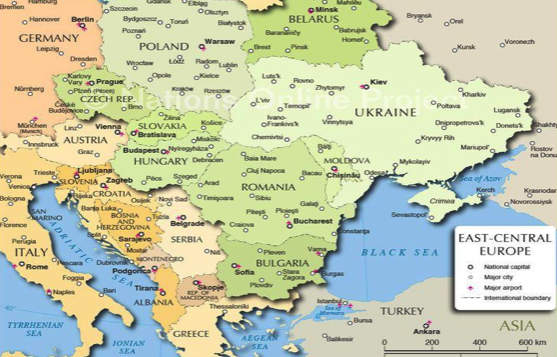 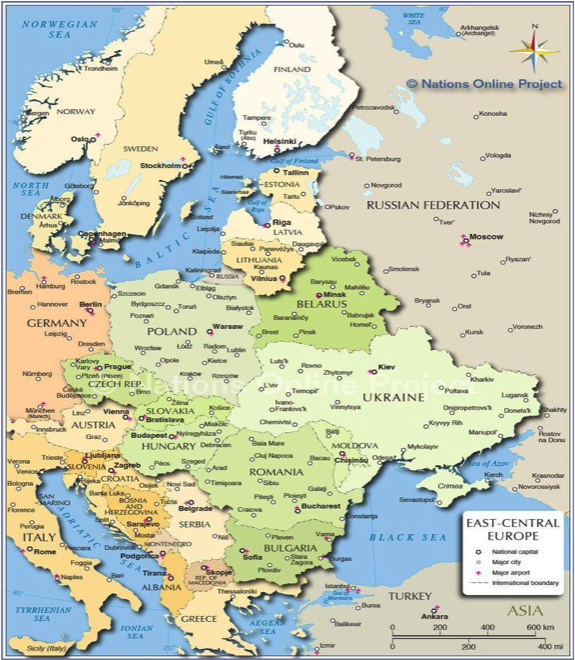 “The UK’s decision to leave the European Union (EU) will have little impact on multinational corporations (MNCs) investing in Central and Eastern Europe.”

However, certain micro-level challenges remain. MNCs must consider political, regulatory, legal, economic, and social risk analysis when pursuing investment opportunities in Central and Eastern Europe. In this dynamic region, traditional geopolitical and macro-economic risk analysis fails to uncover challenges presented through regional and sub-national analysis. To be successful, investors must recognize the historical, geographic, cultural, and social risks that exist within the populations of both Central and Eastern Europe. Comprehensive social risk analysis is therefore required to properly guide investment decisions and reduce uncertainty.

Central European countries have adjusted their monetary, legal, economic, and regulatory infrastructures to coincide, or at least closely complement, well-established Western European practices. These nations have also embraced many Western social norms such as transparency, legal responsibility, rule of law, and adherence to quality and inclusivity in their business and economic endeavors. Of course, no two nations are identical in their application of such principles, but overall, the nations of Central Europe have been successful in trying to orient their countries toward the larger European Union project.

“Despite the immigration crisis and Brexit vote, MNCs should expect their legal, industrial, and infrastructural needs to be met in Central Europe.”

Despite their best Westernization efforts, Central European states struggled to find their social identities in the aftermath of the Soviet Warsaw Pact. Much of Central Europe experienced an economic downturn after borders opened in 1991. Unprofitable industrial and economic enterprises built during the Cold War were closed, leaving economic depression and uncertainty in their wake. Large numbers of young and well educated, entrepreneurs gravitated towards Western Europe in search of jobs, higher standards of living, and economic opportunity. Conversely, the older population, which was less trusting and often fearful of Western ideas, remained.

There is a marked difference between the way younger, more mobile, better educated, and technologically adept individuals view MNCs (and the social norms, practices, principles, and opportunities they present) and way the older generation does. Individuals that lived through the post-Soviet transition dealt with new economic realities, and in many cases, they never fully recovered the standard of living or professional acumen they enjoyed pre-1991. MNC investments will more likely benefit the younger population, leaving the elder workers unable to adjust to the quickly changing technological realities so prevalent in today’s global commerce.

The Baltic states of Estonia, Latvia, and Lithuania present the most stable investment environments in Eastern Europe for MNCs, given that their pro-Western populations are eager and willing to exercise the legal and economic frameworks practiced across the EU. Investment in these nations comes with its own set of risks, however. The specter of Russia has been cast over the entire post-Soviet sphere and affects all aspects of society, including the necessity to participate in economic and commercial activity with Moscow. Despite well-documented issues with ethnic Russian populations living in the three Baltic nations, MNCs will encounter fewer operational issues here than in other countries more broadly defined as Eastern European.

In places like Moldova and Ukraine, corruption and economic malaise are a daily fact of life. The results manifest in the form of civil unrest, rapid and violent changes in government, decreasing trust in elected officials and parliamentarians, and the inability to enact meaningful reforms that could improve economic and social conditions. These countries share a legacy of Russian involvement and are dealing with problems in pro-Russian territories that are either frozen conflicts (Moldova) or active secessionist wars (Ukraine). These conflicts split populations along pro and anti-Western lines. They drain state resources away from meaningful investments in education and infrastructure, directed instead towards larger military-security expenditures. Moldova and Ukraine are saddled with debt and weak economies that will not change in the short- to mid-term. This strengthens public discontent and makes citizens more willing to take their anger out on the ruling government or coalition. Ukraine has recently shown signs of much-needed legislative and economic change that gives hope for improvement in the nation’s economic framework. Real results, however, may take years to materialize.

Nations like Ukraine and Belarus are relying more on heavy industries and natural resources (e.g. coal, oil, grain and other commodities) than their smaller neighbors who tried to boost their economies with high-tech goods and services, often with mixed results. Similar differences exist in Central Europe where countries like Poland are more reliant on heavy industries – a legacy of the Warsaw pact – than states like Slovakia or Czech Republic. Additionally, across the former Soviet space, there is a massive difference between the economic, legal, financial, educational, and infrastructural frameworks of capital cities and the rest of Eastern Europe. Places like Moscow, Kiev, Minsk, and Chisinau attract the absolute majority of the above-mentioned resources and contribute to the discontent among populations who feel left behind by the booming metropolises.

The arrival of an MNC, with the promise of jobs and economic opportunity, is always welcome in Eastern Europe. However, there will quickly be divisions into the “haves” and “have-nots” between people capable or incapable of partaking in the new economic benefits, further exacerbating fragile socio-cultural bonds. In such a scenario, Belarus stands apart as a relatively stable society. As one of the last surviving Soviet-like regimes, it maintains a state security apparatus and government ownership over most of the economy.

Macro issues like Brexit, the Schengen agreement, and the ongoing refugee crisis dominate the media and weigh heavily on investment decisions. Regional and sub-national analysis pinpoints the actual risks that drive investment returns and can result in extreme downside losses (see ENODO’s assessment of Lithuania). Rather than passing on investment opportunities due to macro trends, MNCs should embrace social risk analysis to identify mispriced assets and realize lucrative deals. Social risk analysis identifies the population’s norms, ideas, and motivations in order to enable investors to forecast harmful events (e.g. protests, strikes, litigation, and terrorism) and shape the environment to safeguard investments. By integrating population-centric risk analysis, investors will understand how macro events manifest at the micro level, but more importantly, how to mitigate their effects and profit in seemingly uncertain environments.

Samuel Bendett was a contributing author to this blog post.