Super PACs: Money Talks but Who is Listening? 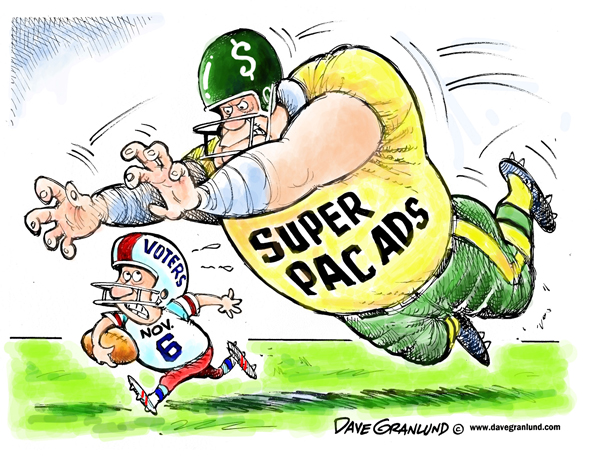 The 2010 Supreme Court ruling handed advocacy groups a distinct advantage over campaigns: the ability to raise unlimited funds from donors. In the 2012 elections, Super PACs spent over $600 million—approximately 50 percent of the total expenditure of the combined Obama and Romney campaigns. The 2016 election is still a year away but Super PACs have already raised $240 million. This advantage provides advocacy groups an opportunity to implement strategies that have long-term effects beyond elections.

Advocacy groups often fail to achieve their objectives because they adopted the outdated practices used by political campaigns, which rely on polling and survey groups to understand and motivate voters. The traditional first step in the campaign process is to utilize random digit dialing to perform a benchmark poll to determine the perception of a candidate or issue within a targeted demographic. The preliminary question is “are you likely to vote in the upcoming election…” If the respondent says no, the call ends. If the respondent says yes, the next question is “how likely?” These questions are inherently wrong.

“The question is not whether or not a person plans to vote, but rather what would persuade them to go to the polls”

Throughout the campaign cycle, focus groups are employed to test and evaluate candidate messaging. Everything from campaign slogans to what a candidate wears, to how they address policy issues are tested. Although well intentioned, this design is flawed. Focus groups are too small to be considered a random sample and do not accurately represent the population. They are typically comprised of individuals who are participating solely for the $50 payout.

To achieve their objectives, advocacy groups must first identify which segments of the population across race, ethnicity, gender, and religion are most important to win the election. Once a target group is identified, the next step is to uncover their core identities in order to create messages that resonate with the largest segments of the target group. These messages can be used to mobilize voters to vote in a certain way, based on their core identity, values, and beliefs.

However, in order to uncover the core identities within different demographics, advocacy groups must engage directly with individuals and communities. Existing community engagement practices are outdated. Since before the days of Tammany Hall, political machine bosses have leveraged “walk around money” to encourage support from community leaders and entice volunteers to assist campaigns. Oftentimes this is how the unemployed and underemployed are persuaded to vote for a particular candidate.

Instead of walk around money—buying a vote to win an election now—advocacy groups should engage with individuals and community leaders to invest in long-term, sustainable initiatives. Advocacy groups can utilize their expansive war chests to understand the needs and grievances that exist within communities. By understanding the basic needs and core identities of different demographics, advocacy groups can create tailored projects and messages that influence beliefs through actions. This strategy delivers an opportunity to differentiate from other advocacy groups, influence immediate election outcomes, and create enduring relationships to win future elections.

Competitive campaigns are sometimes won by a couple percentage points that are carried by a specific segment of the population. Landslide wins are typically the result of decades-long gerrymandering. By understanding this dichotomy, advocacy groups can allocate resources more effectively to align with the core identities of individuals in competitive elections. By reinforcing or threatening the voter’s core identity, an advocacy group can stimulate a visceral response into a call to action: voting for or donating to a particular cause.

“By creating a narrative to address the core identity of a targeted demographic, advocacy groups can turn the tide to win elections anywhere in the country”