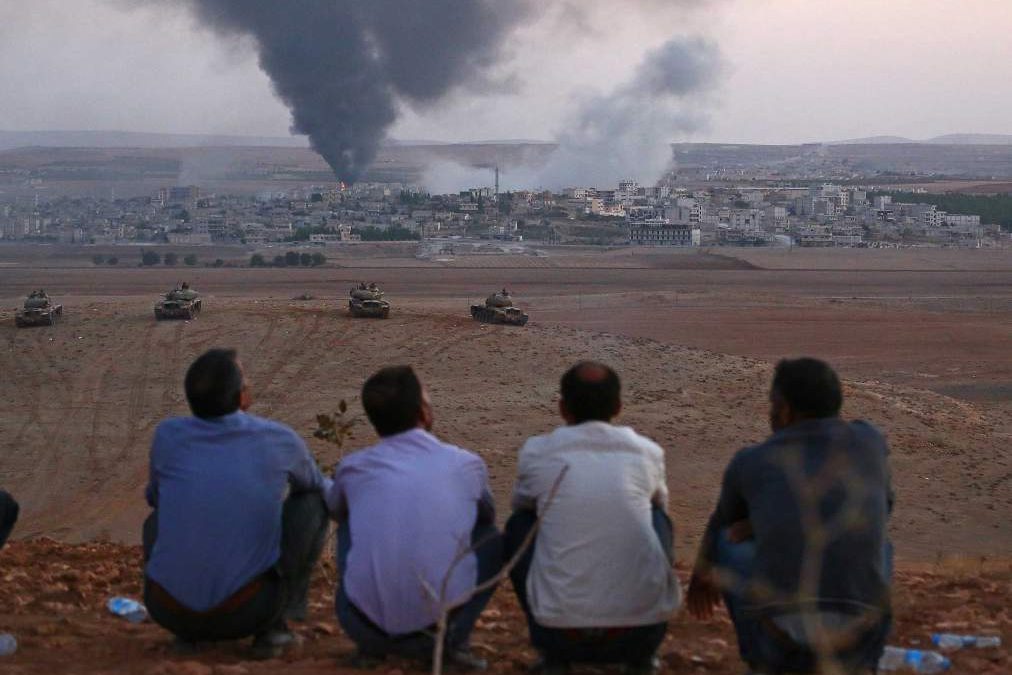 The foundational concepts and principles that have driven successful counterinsurgency (COIN) campaigns in the past are still valid today. However, the reliance on a rigid doctrine to guide implementation, and the inability to keep pace with communications technology, have rendered recent COIN operations ineffective. Moreover, the art of counterinsurgency planning has been forgotten by most military professionals, demonstrated by the failures in Iraq and Afghanistan. Without significant fundamental changes, COIN strategies designed to combat ISIS or future enemies, will not succeed.

The key center of gravity in any counterinsurgency campaign is the human geography and the key to victory is to win the hearts and minds of the population. The coveted 2006 Counterinsurgency Field Manual (FM) 3-24 “takes a general approach to counterinsurgency operations” and “addresses the common characteristics of insurgencies.” It, however, does not provide instruction on how to design and execute a successful counterinsurgency campaign across multiple lines of operation that are attuned with local customs, traditions and cultures.  The Field Manual, by necessity, is broad in scope because each individual COIN campaign requires a comprehensive understanding about the cultures and people to develop specific activities.

Counterinsurgency campaigns in Iraq and Afghanistan focused on military and non-military activities to build capacity along military, governance, rule of law, and economic lines of operation.  These activities relied heavily on partnerships with the host nation governments to implement, through a top-down approach.  In Iraq and Afghanistan, the national governments are viewed by large segments of the population as illegitimate or as the enemy. Therefore, any activities undertaken by the military, which are associated with the government, are viewed negatively by the population—the target of a counterinsurgency campaign. This approach undermines the overall objectives of counterinsurgency warfare and broadens the divide between the population and military forces tasked with implementing the majority of COIN initiatives.

There is a common misunderstanding among the general public that General Petraeus’ COIN doctrine and the U.S. troops surge were responsible for winning the war in Iraq. The turning point in the Iraq war was the result of Al-Qaeda’s relentless bloodletting campaign, against both Shia and Sunnis, and the bombing of the golden dome of the Al-ʿAskariyyah Mosque. These activities caused the al-Anbar awakening, better known as the Sons of Iraq or Sunni awakening, to take place. It was this confluence of events that occurred, in conjunction with the troops surge and implementation of the COIN strategy, which caused large segments of the population, including numerous Sunni tribes to align their objectives (defeat al-Qaeda) with those of the U.S. Military and Shiite led Iraqi Government. It was this alignment of objectives, in a common enemy that ultimately turned the tide of the war and allowed the U.S. to claim victory.

With a belief that the COIN doctrine and troop surge were the keys to victory in Iraq, General Petreaus brought (FM) 3-24 to Afghanistan and ran the same playbook. The ethnic, geographic, economic and political conditions in Afghanistan however, are significantly different from those in Iraq, which required an entirely different COIN strategy. Additionally, the Taliban permeates Afghanistan society and their operations and objectives are unlike those of al-Qaeda that U.S. forces faced in Iraq.

Unfortunately, the Afghanistan COIN strategy mirrored the Iraq strategy and took a top-down approach that aligned reconstruction and capacity building initiatives with those of the Government of Afghanistan. Although a handful of activities took a bottom-up approach, and achieved great success, the majority were implemented through ministries within the national government and were ineffective. The Afghanistan COIN strategy ultimately failed because it misunderstood and underestimated the resilience of the Taliban, assumed the objectives of the population were aligned with those of the Government of Afghanistan, and relied on a troop surge across a diverse geographic composition, which rendered it ineffective.

The current war against ISIS presents a unique set of challenges that are significantly different than those experienced in Iraq and Afghanistan. Yet, the fundamental principles of counterinsurgency warfare remain constant and can be applied to this fight in order to degrade, dismantle and ultimately defeat ISIS. However, for any campaign against ISIS to be successful, it needs to take a bottom-up approach, rather than the top-down, which is typically preferred and pursued by large organizations such as the U.S. military and U.S. foreign policy establishment. Political and military leaders must embrace a paradigm shift and support non-traditional programs and initiatives that create effective COIN strategies at the tactical or community level. FM 3-24 provides a solid framework for COIN operations for the foreseeable future, but until the details for each strategy are designed and executed more effectively, we will continue to be frustrated with our level of success in counterinsurgency operations, against ISIS or any future foe.