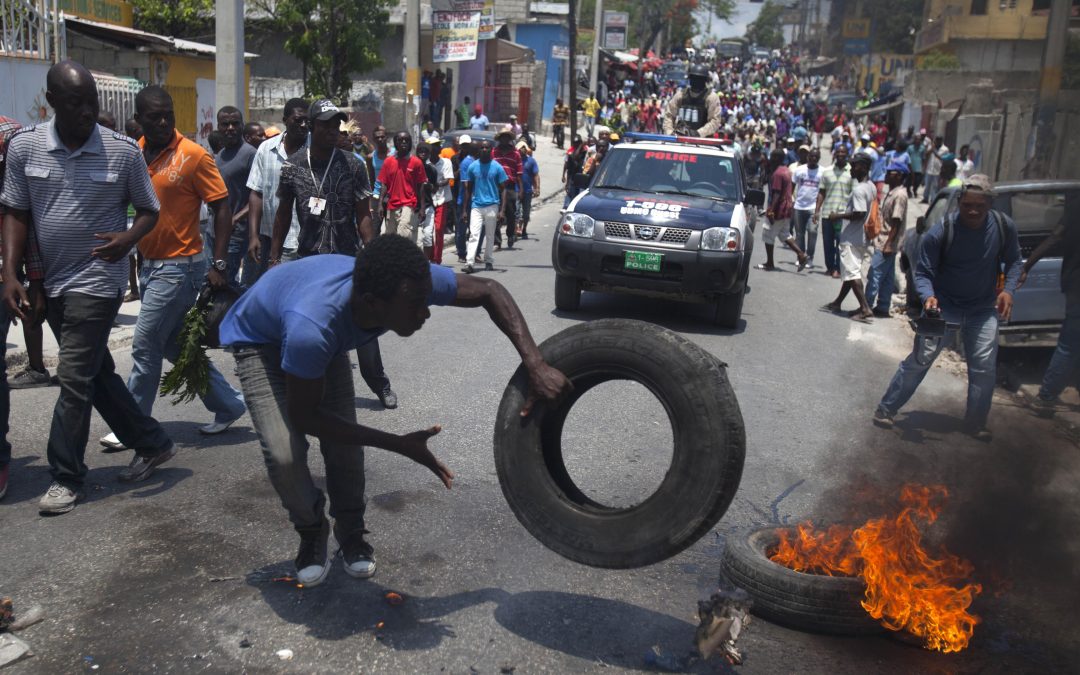 A wave of popular unrest is spreading across Haiti and no one in the West seems to care. For over a month, steady protests and riots against the government have caused President Martelly to replace the Prime Minister and reshuffle his cabinet. Protests are in response to President Martelly’s inability to deliver any meaningful economic reforms or form an electoral council. The council is required before legislative and municipal elections, which have not occurred for over three years, can take place. But, rather than creating solutions to Haiti’s problems, President Martelly focuses his efforts on political maneuvering to remain in power.

Last week Haiti’s parliament was dissolved after last-minute, U.S. brokered negotiations failed to extend the terms of its members. This leaves President Martelly to rule Haiti by decree. As protests against him increased, he promised to negotiate with opposition party leaders to establish a broad-based, inclusive government.  Using his executive powers, Martelly appointed his new cabinet that kept the ministers of defense, foreign affairs, health, tourism, education and public works in their current positions. He also appointed political allies to the key positions of planning minister and secretary of state for public security. Discussions with opposition party leaders confirmed that they had not participated in the negotiations and did not approve of Martelly’s choices. And former Senate president Simon Desras stated, “There is not a real opening as promised” and “This isn’t solving the crisis and, worst, it’s bringing more problems,”  noting that only one opposition member made the cabinet list. This has reinforced the belief of many Haitians that Martelly is a puppet of the West and a modern day dictator.

All the while, Haiti remains the poorest country in the Americas and has not recovered from the devastating earthquake that destroyed large sections of the capital, Port-au-Prince, in January 2010. Since the earthquake, billions of dollars of international aid has been funneled to Western NGO’s, but little has reached the citizens of Haiti. The majority of Haitians continue to live in abject poverty and everyday life is a struggle. The official unemployment rate is around 39.5%, but some speculate the actual number is much higher and the cost of living has risen sharply. Due to these factors, large segments of Haiti’s population view Martelly and the government as corrupt and are seeking a political solution.

Haiti’s people have lost confidence in President Martelly and recent political moves will not ebb the violence, which will only increase. Moreover, Haiti’s dependency on U.S. and Western financial aid, combined with its endemic political corruption, prevent the government from delivering meaningful economic reforms. Opposition parties supported by significant portions of Haiti’s populace provide an effective alternative to the ineffective Martelly government. Their ideas for reform deliver sound alternatives that deserve consideration and exploration. However, Western interference continues to block opposition parties like Fanmi Lavalas from participating in the political process and delivering much needed reform. President Martelly’s time in office is limited, unless he can quickly integrate the opposition into an inclusive government and provide alternatives to create sustainable programs and initiatives to start to change the course of Haiti’s future.