Urban versus Rural Dynamics for Companies in Sub-Saharan Africa 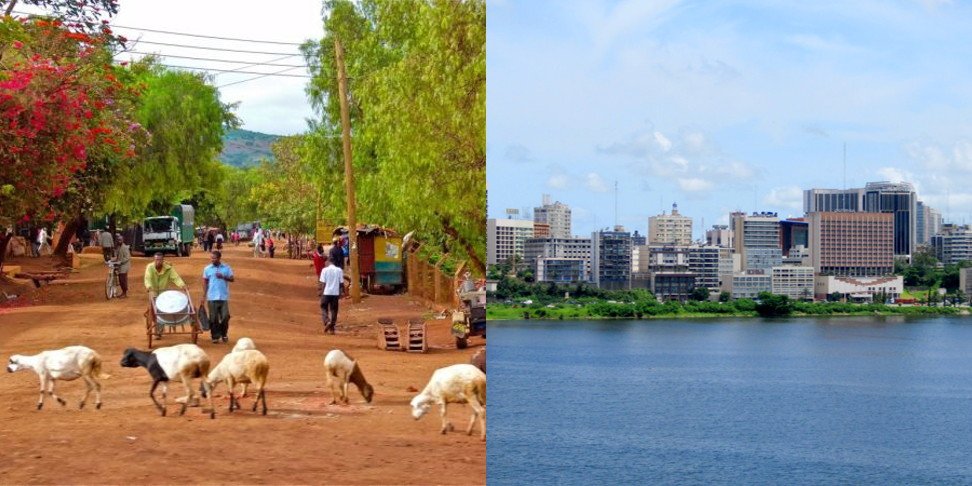 In 2014, I spent over six months traveling extensively within nine countries across sub-Saharan Africa (SSA) in both urban and rural areas. Although each country has specific challenges and risks that vary from urban to rural, the opportunities in SSA are numerous and vast. The risk premiums on investments are substantial and the risks are arguably inflated by most foreign investors due to a lack of understanding the business environment and culture. Even on risk adjusted terms profit margins in SSA are among the highest in the world, which makes investing in SSA an attractive alternative to developed and other emerging markets.

For many individuals that have not experienced SSA first-hand, the perception versus the reality is so far askew as to be incompatible images. Most of the capitals in SSA have areas that are considered cosmopolitan and could be placed in parts of Europe or the United States without much notice. The urban areas within the capitals are, in general, fairly diverse due to the economic opportunities attracting people from various tribes and ethnicities across the country. This is not dissimilar to urban areas across the world where large cities are frequently more diverse than the broader country. In these urban centers and the surrounding industrial zones, the national governments typically maintain adequate authority and control, because the cities and industrial zones are the economic lifeline for country rulers.

Outside the main urban centers and industrial zones governments lack a significant presence and their authority is often times challenged by local authorities. Additionally, ethnic diversity quickly recedes and tribal dynamics and affiliations play a significantly larger role in day-to-day life. It is within these non-urban and rural areas where mining, oil and gas, and many agribusiness companies necessarily conduct their operations. Company engagement strategies for dealing with communities need to change dramatically from urban areas with diverse populations to rural areas with a more homogeneous population. When working in rural areas, chiefs, tribal leaders, and elders play a significantly larger role compared to urban areas where government leaders and their appointed representatives are typically king.

Companies must engage at both the tribal leadership level and tribal member level to protect their operations from community–based risks, but too often rely on host nation governments and their representatives to establish effective community relationships. When this happens, companies miss opportunities to engage with “normal” tribal members and fail to establish the linkages that ultimately safeguard operations. Engaging at the community level, and not solely at the national or tribal leadership level, provides additional contact points and valuable information sources for companies operating in rural areas.

The social and cultural dynamics within each individual SSA country are unique and require in-depth understanding for companies to advantage their operations and mitigate their risk exposure. Understanding how to effectively engage with different types of communities and tribes is central to being able to maintain sustainable, long-term operations in SSA. For companies, the differences between engagement with workers and communities can vary more from urban to rural within the same country than urban to urban in different countries. This is one important and often overlooked dynamic to appreciate for companies investing in SSA.