No Harmony for some Mines in Canada 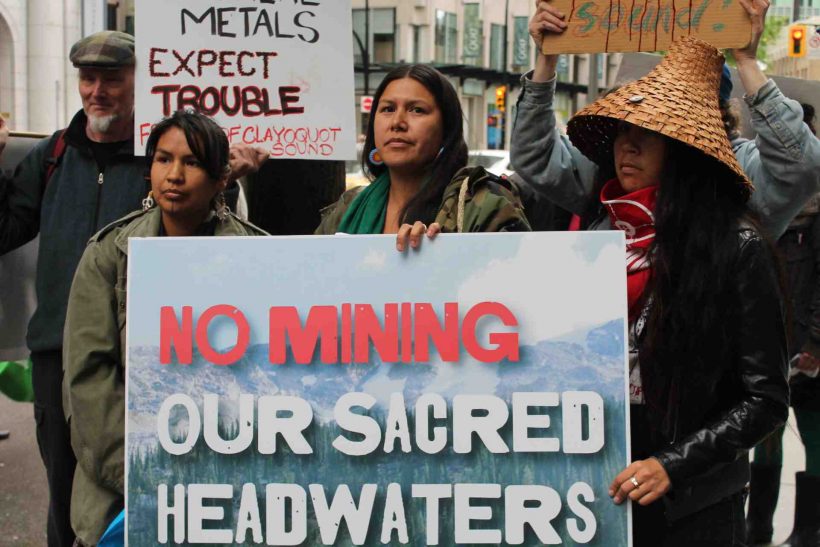 On Wednesday, a British Columbian Aboriginal Indian tribe took a stand against Imperial Metals, burning down a bridge that provides access to their Rudduck Creek zinc and lead mine. The incident by the Secwepemc Ts’ka7 Warriors is in response to an earthen tailings dam failure at the Mount Polley mine on August 4th, which resulted in 24 million cubic meters of toxic tailings and water being released into the Hazeltine Creek.

This is not the first time Imperial Metals has experienced challenges from local tribes in Canada. On August 14th the Neskonlith Indian Band issued an eviction notice to Imperial Mines over the Rudduck Creek mine. Prior to that, the Klobona Keepers blocked access to the Red Chris gold and copper mine. These previous acts, along with the burning of the bridge, appear to be the beginning of escalating tensions and actions against Imperial’s operations in the area. A statement from Ts’ka7 illustrates their growing frustration and anger when they stated, “the genocidal displacement of the Secwepemc from their Homelands through starvation, fear and assimilation by the state and industry being acted out by Imperial Metals stops now… This is a warning to Imperial Metals Corporation: Leave our Lands and do not come back.”

Imperial’s perceived lack of engagement with the local community over the previous years has exasperated the situation making it very difficult for them to engage with local tribes now. Deep frustrations stemming from tribal territorial claims, aboriginal rights and jurisdiction, and environmental damage to the watershed, which tribes depend on for their livelihoods need to be understood and addressed. Unfortunately, Imperials recent communications initiatives, consisting of seven public meetings, four First Nation community meetings, and mine tours will not redress existing grievances or safeguard against future actions.