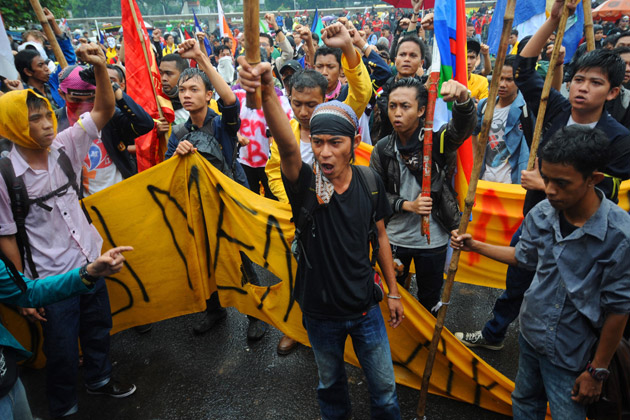 Social movements and protests reveal the sociocultural identity layers that move beneath the surface of geopolitical outcomes. And just like the currents that drive the ebb and flow of waves, it is people’s ideologies that ultimately determines the fate of the state. “Human geography forms the foundation of society and thus the systems that govern it.” In countries where governments are fragile due to economic or political turmoil, the societies influence is profound. “Even if we regard the state as the highest level of global policymaking and interaction, these social undercurrents are what move the generations, ideologies and cultural changes that shape the constraints under which states operate.”

For example, fuel subsidies in Indonesia are a sensitive issue, particularly among the rural population. Newly elected president Joko Widodo plans to legislate the steepest rise in subsidized fuel prices in nine years. Previous increases resulted in nationwide protests and the downfall of former president Suharto. By understanding the social undercurrents within Indonesian society, companies can plan for potential unrest. Moreover, they can create proactive narratives to safeguard against potential threats.

Specific ethnic, religious, and socio-economic layers within the human geography are knowable and measurable. In today’s interconnected world they can be detected almost instantaneously. When understood, a population’s identity layers provide insights into future outcomes and events. Failure to comprehend the human element creates inherent risk that is preventable and may ultimately jeopardize a company’s particular investment and overall profitability.